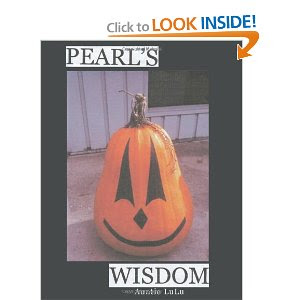 I want to thank Nancy for reviewing these children's books.


I recently received 4 kid’s books to review from AuthorHouse. Having not done a lot of children’s books reviews (but being a grandmother of 3 having READ thousands) I decided to call this segment: Story Hour.

Pearl is a pumpkin. No more, no less but this little book by Auntie LuLu is a gem. Mainly photographs of Pearl taken from when she was picked out of the pile at the store until she disappears is great for imaginative conversations with 2-3 year olds and good just “as is” in a read to me story for the younger set. The photos by Zdenka Barker are clear and well set up. Wish my cell phone shots were that good! 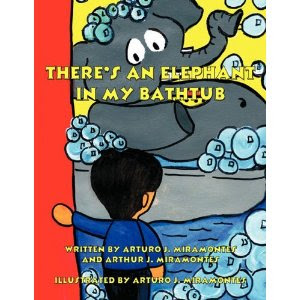 There’s an Elephant in My Bathtub! by Arturo J Miramontes and illustrated by Arthur J Miramontes.

Written in first person, this is a tale of a boy with a vivid imagination. He sees water in the hall, giraffes and elephants in the tub and his mom just sighs and plays along – she knows he’s kidding.

I liked the illustrations in this a lot better than the story. Written in rhyme I actually think it would have been better off not. This is a first effort by the family and it’s a good one. There just was something about the rhymes that didn’t mesh. 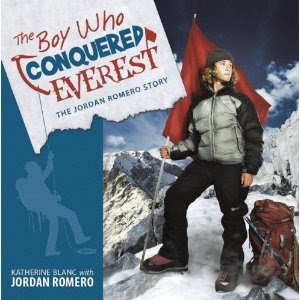 What a story! Jordan Romero was the youngest person ever to climb Mt. Everest but it wasn’t just a “Hey Dad, Let’s go climb Mt. Everest!” moment. It took him four years, climbing the world’s Seven Summits in preparation, finding sponsors and learning to believe in himself.

With parental support all the way, Jordan did the seemingly impossible and did it in style. The wonderful photos show each preparation climb, Jordan’s family and give an excellent view of what this young man accomplished. A great book for maybe 8 years and up! 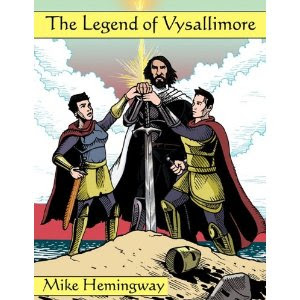 This is a Polish legend brought to life by Hemingway and Drewes. Vysallimore is a piece of sand running adjacent to the ocean where the traditional battle for good vs. evil was fought and, of course, won. It is written as prose and well done in that regard. The illustrations are great with one of the best Satans I’ve seen.

Jane, a girl who doesn’t speak was found on the steps of an inn as an infant and raised by the innkeeper. She is the crux of the tale and is set to be sacrificed at dawn unless someone arrives to save her.

Enter Elgrid the knight and his two children (also knights-in-training). They hear the tale of Jane and vow to save her. The battle is a hard one and not without losses. However, they are written well and this is a good introduction to loss for kids.

A longish book, but the illustrations on every page add to the flow of the words and before you know it you are caught up in this wonderful legend,