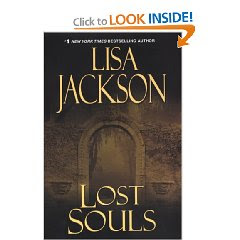 Kristi Bentz, daughter to New Orleans Detective Rick Bentz is heading back to college. She has enrolled as a student at All Saints College. A college that has been made famous not for the teachers or classes but because four women have all gone missing in a eighteen month span. The police believe the women are runaways.

Kristi wants to write a true crime novel. When she hears about the missing women, she decides to do some investigate work. Kristi learns that all of the women attended the same class with Dr. Dominic Grotto. Dr. Grotto teaches a class on vampyrism. One of Kristi's old classmates, Lucretia Stevens tells Kristi about how she suspects one of the girls...a Rylee was in a cult. Now Kristi is really intrigued. What is Dr. Grotto's connection to the missing women and could he be a vampire?

The only person Kristi can get to believe her that the women did not go missing on their own is her ex-boyfriend, Jay McKnight. As Kristi gets closer to uncovering the truth, it brings her just one more step closer to evil himself.

It was great to see Kristi and Rick Bentz back again. Detective Bentz is one of the most famous and one of my favorite detectives around. He may come off hard as nails but that is only because he really cares about the ones around him and would do everything he could to keep them protected. Lost Souls still featured Rick but this time he stepped out of the picture to let Kristi shine. Kristi definetly takes after her father. I liked this more supernatural approach that Mrs. Jackson took with Lost Souls but with still keeping in her usual fashion of producing a good thriller. All I have to say is when Rick Bentz is involved, no one inculding vampires stand a chance. Lost Souls leaves the reader with a cliff hanger that leading right into Malice the next book from Lisa.
Lisa Jackson