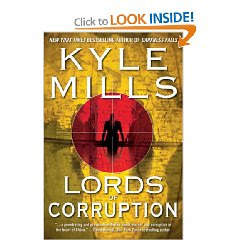 Josh Hagarty Had just graduated from college and he is ready to get both feet in the door of a really good company. Just his luck, Josh is approached by a man named John Balen. Mr. Balen is a recruiter for an organization called NewAfrica. Their goal is to help the people of Africa become a better place. When Josh was thinking about his future he never picture it would be in Africa but he is intrigued. Besides it is not like he is lots of people knocking on his door.

Josh agrees to go to New York to meet with the man in charge...Mr. Stephen Trent. Mr. Trent tells Josh that his organization has had an eye on him. He wants to offer Josh a job working for NewAfrica. What Josh would be doing is helping run an agricultural farm, where NewAfrica's hope is to bring refugees so that they may start their lives over again. Josh isn't sure he is the right man for the job but when Trent tells him that NewAfrica will pay for his sister's education as well as pay off all his loans, Josh knows this is one offer he can't refuse.

Josh's guide while he is in Africa is a tall, intimidating man named Gideon. The longer Josh spending in Africa, the more he starts to become suspicious that Trent could care less about the people of Africa. When Josh's sister Laura is kidnapped, Josh discovers that he is really just a front for something bigger. Now Josh finds himself running for his life but will he leave Africa in a body bag?


At first I thought Josh was very clueless but as the story progressed, I realized that he was in fact very intelligent and a true hero. The intensity that the storyline had was the main reason I loved this book. In fact I read this book in one day and would have finished it in a matter of hours but unfortunately I only have an hour lunch! I have seen Mr. Mills books all over and heard great things about them but never had the chance to try one out for myself till now. After reading Lord of Corruption, Mr. Mills has gone on my list as one of my new favorite authors. Can't wait to get my hands on his next novel.
Kyle Mills