I want to thank K. Celeste Bryan for sending me a copy of her book to review. 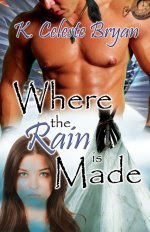 I gave this book 5 stars.

Francesca "Cesca" Duvall, her father and brother, Marshall were living in Denver City, Colorado due to the gold rush. The camp where Cesca and her family were living at gets attacked by Cheyenne warriors. Cesca and Marshall get captured and taken back to the Cheyenne village. There Cesca meets the leader. His name is Ethan Gray otherwise known as Meko. He is a skilled and powerful dog solider.

Instantly Cesca despise him. All she can think about is taking her brother and escaping. As the days pass, Cesca starts to adopt the Cheyenne people’s way of life. She soon is wearing buckskin clothing and participating in their rituals. Just because Cesca is dressing and acting like the Cheyenne does not mean she has fully accepted Meko.

There is one thing that has Cesca occupied and that is finding a way to help her brother escape. When Marshall and Cesca were first captured so long ago; Marshall did not end up as lucky as Cesca. Marshall found himself a slave for Chocking Wolf. Chocking Wolf is one of the meanest warriors in the village. He hates the white people. Cesca helps Marshall escape. Now Cesca finds herself in a heap of trouble. The only way she can be saved is to put her trust in Meko as well as giving her heart to him. Will Cesca be able to do give Meko her mind, body, soul and most importantly love?

First off let me start off my saying…I loved Where the Rain is Made! I predict this book to be a best seller. It is so good that words can’t describe it but I will try. I enjoyed everyone from Cesca to Meko and everyone else in between. I read the electronic version and at three hundred plus pages, I sometimes have a hard time sitting for so long staring at a computer screen but I have to tell you that when I began reading this book that I found myself glued to the sit. My husband ended up finishing cooking dinner for me as I was engrossed in this book. Where the Rain is Made is a pleasure to read. There are not many books that come along like this one but when they do, watch out. I am now on the hunt to read more books by K. Celeste Bryan.
You can read more about this author and her books at her website

And what a nice husband you have!

gautami tripathy said…
I seldom read this genre. But this sounds interesting.

The Bookworm said…
that cover sure is attention grabbing!
great review :)
thats nice of your hubby to finish dinner while you read!
enjoy your Sunday.
http://thebookworm07.blogspot.com/
February 15, 2009 at 9:42 AM