The Hidden Voice of Africa 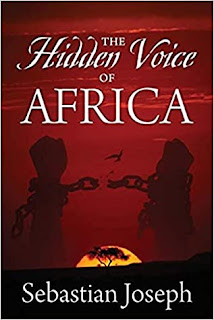 The world is now in the hands of mentally ill, warmongering fanatics. They spend money to create powerful weapons that can destroy the earth in the blink of an eye. Because of their power, less than 10 percent of the world's population has a prosperous, comfortable life. Africa and its people are some of those sacrificed for the convenience of the powerful few.

Based on his personal experience with a great stretch of the continent over a quarter of a century, Sebastian Joseph has written The Hidden Voice of Africa to highlight and condemn the deplorable actions of the world's richest countries who continue to colonize and loot the assets of Africa. This brutality must be stopped. Planet Earth is not the sole property of just a few people. We are all born into the world with equal rights as humans. If we fail to question these injustices, how can the next generation live here? With The Hidden Voice of Africa, Joseph aims to change Africa to be better continent, give their rights back to the people, and stop the brutality and hidden colonialism of the rich, including changing United Nations policies.

I do not know that much about Africa but I will tell you that I became very informed while reading this book. In fact, the further I got into the book, the more upset I got. This is because as the author mentions; Africa is rich with minerals and other resources and in trade they are given guns to kill their own people and yet poverty still exists as well.

Not to mention slavery as well. We as a nation that is prosperous because of countries like Africa reap the rewards but are not doing enough to help our fellow countries in return. There are so many facts and other information that the author shares about Africa. This is the type of book that you don't just read but digest the information. More like a study book. A good wealth of information.