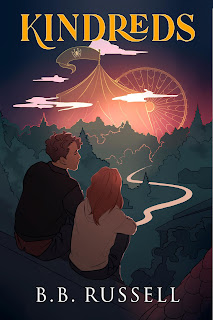 What do you do when you are faced with an impossible choice between your head or your heart?

Sixteen-year-old Lilah keeps asking herself this exact question. After the death of her last living relative, she is forced to live in foster care with the bizarre and disinterested Anderson family. All hope seems lost until she reunites with Joey, a boy from her past who lives next door. Feeling a strong connection with him, Lilah believes he feels the same, but Joey harbors a secret that threatens to keep them apart.

Determined to know what it is, Lilah follows him into Nolianna, a mysterious, disappearing carnival world that is looking for new members. With Nolianna set to disappear at the end of Masquarade in four days, Lilah must decide if she should follow her heart and Joey into Nolianna, or trust her instincts and intellect that Nolianna may not be what it seems. When Sebastian, the future leader of Nolianna, sets his sights on having her join, will she even have a choice? With time ticking away, Lilah must decide if love is enough to keep her and Joey together in Nolianna, or if she can rely on what she knows to be true and save them from disappearing for good.

This is a charming ya read. At first I was not sure where this story was leading but I had some idea. I was not wrong and figured it out fairly quickly, yet I still was intrigued. Although, I have to be honest that other than Lilah and Joey I was not much of a fan of the rest of the characters. This is especially true of Sebastian. He thought he was being charming with his cocky attitude but instead he came off as annoying and a bit of a bully.

The appeal of Nolianna is any teenager's dream come true. Thus I could see why Joey and Lilah were drawn to the idea of staying in Nolianna. Which, speaking of Joey and Lilah; they did share romantic feelings but it was mild. A few kisses shared. I liked that the romance was subtle. I was engaged in the story and read this book in one day. Overall, I liked this book and do look forward to seeing what author, B.B. Russell writes next. 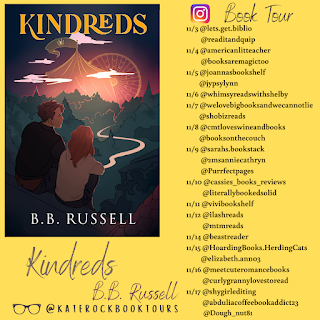