Chariots in the Sky 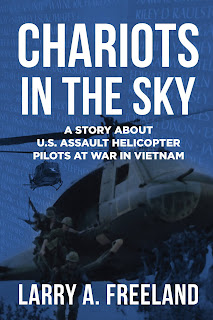 Chariots in the Sky is the story of Captain Taylor St. James, a dedicated Army helicopter pilot, who is sent to Vietnam. While performing his duties, Taylor will be challenged and tested beyond any measure he could have ever envisioned.He is assigned to the Eagles, a Huey Assault Company with the 101st Airborne Division in I Corps. Their flying exploits take them into many familiar places to include: A Shau Valley, Khe Sanh, Quang Tri Province, Hue, DMZ, North Vietnam and Laos.Along the way, Taylor participated in Lam Son 719, the last major American Offensive Operation of the war. This historical campaign lasted for sixty days and involved over 750 helicopters flying in and out of Laos, supporting the South Vietnamese incursion into Laos. Lam Son 719 was the costliest period of helicopter warfare for the Americans. More helicopters were shot down and sustained battle damage than any other period during the Vietnam War.

I really enjoyed reading this book. As a fan of military books both fiction and nonfiction this is a great one. It felt like I was there in amongst the men as they prepared for missions and were taking fire high in the sky. When someone would die, I felt the loss too.

You could say that I was very invested in the men of the 101st Airborne Division, the Eagles. The things that Captain Taylor and the other men endured in Laos is almost unreal. You don't want to believe that what they were going through was real but sadly it was very real. I am slowly getting more familiar with the Vietnam War and I truly statue the men that fought in it.

Once I started reading this book, I found myself reading long periods of time. Readers of military books will want to pick up a copy of this book to read. I look forward to reading more books by Mr. Freeland. 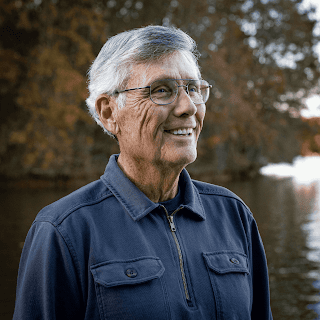 Larry Freeland was born in Canton, Ohio.  Since his father was an officer with the United States Air Force he grew up on many Air Force bases across this country.   After graduating from High School at Ramey Air Force Base in Puerto Rico, he attended the University of South Florida in Tampa, Florida.  He graduated in 1968 with a degree in mathematics and a concentration in finance. He joined the U.S. Army and served one tour in Vietnam with the 101st Airborne Division as an Infantry Officer and a CH-47 helicopter pilot.  He is the recipient of the Distinguished Flying Cross with one Oak Leaf Cluster, the Air Medal, with 10 Oak Leaf Clusters, the Bronze Star, and various other military service medals.

Upon release from active duty in 1973, Larry returned to civilian life and pursued a career in the Financial Industry.  During his professional career, he continued his education, earning graduate degrees in Management and Banking.  He worked for 29 years in the banking business with Trust Company of Georgia, Citizen and Southern Corporation, now Bank of America, and Wachovia, now Wells Fargo.  After retiring from banking he worked as an independent financial consultant for 3 years in the Atlanta area and then worked as an instructor for 6 years with Lanier Technical College in their Management and Leadership Development Program.

Larry is now retired and lives in North Georgia with his wife Linda, a retired school teacher.  They stay involved in various activities, most notably those associated with the Cystic Fibrosis Foundation and Veterans related organizations.  They also enjoy traveling together and spending as much time as possible with their two daughters, three grandsons, and two granddaughters.

Arnold losis said…
Thanks for the information.
Disadvantages Of Recurring Deposit Account
November 11, 2021 at 10:47 PM