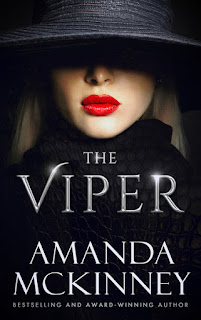 “Revenge is an act of passion, vengeance is an act of justice.” – Samuel Johnson A brash DEA agent and a ruthless private detective collide in this seductive small-town tale of revenge, murder, and the unbreakable bond between sisters. They say revenge is a dish best served cold. Apparently, they haven’t met the Archer sisters. Owner of Archer and Archer, Inc., a prestigious New York private investigative firm, Colette Archer embodies effortless perfection in her couture suits and trademark chignon. But this private investigator has a secret. When night falls, Colette slips on her wig and into the persona of a tequila-guzzling hustler who occasionally fancies two men instead of one. This double life comes as an unwelcome side effect of a horrific past that she and her sister, Jade, a bohemian martial-arts-instructing renegade, decide to settle once and for all—regardless of who they must destroy in the process. Obstinate DEA agent James Black is one mistake away from spending his career crunching numbers in the confinement of his six-by-six cubicle. In a last-ditch effort to save his floundering career, James seeks the assistance of ice queen Colette Archer. Despite the spark of heat between them, she seems to despise him almost as much as poly-blend fabrics. After following Colette and her sister to a sleepy small town in Montana, James learns of a devious and dangerous pact the sisters have made to avenge their past. Using Colette’s weakness to his advantage, James tricks her into helping him uncover the whereabouts of a ruthless drug lord. But when Colette is brutally attacked, James realizes he has inadvertently set wheels in motion that might not only cost him his job, but also the woman who’s stolen his heart. Due to serious subject matter and mature content, please be aware that this book might be an emotional trigger for some readers.
My Review
Holy Cow!! Think of Colette as Jennifer Garner in the movie Peppermint. If she is hunting you down, you better say your prayers. While, Colette may be tough, even strong women need love and protection too. James is the man for the job. I like that James never gave up on Colette, no matter how much she tried to push him away. He was able to break down her walls and get her to let him in. The ending with Colette being so vulnerable and James there to pick up the pieces is very fitting to this book. I can't wait to see the continuation with Jade in the next one.