I present to you all another interview for my Sunday Salon. Hope you enjoy it.
Just to get you started. Here's a little bit of information about Mr. Lynskey. 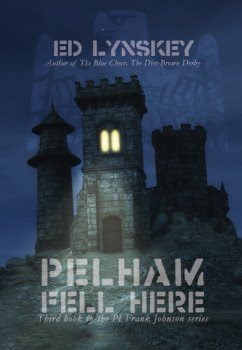 I want to thank you for taking the time to answer some questions.

Where do you draw your inspirations from? Who are your inspirations?
My five books (3 novels and 2 short story collections) are all detective fiction. The idea of writing about somebody (a privateinvestigator or P.I.) who helps other people out of their troubles appeals to me. So, my inspiration stems from past masters of P.I. fiction writing such as Ross Macdonald (P.I. LewArcher), John D. MacDonald (P.I. Travis McGee) and Walter Mosley(P.I. Easy Rawlings).
Describe your books in one sentence.
My current novels in print are hardboiled detective fiction madedistinct by their modern voice, characters, and setting.Which comes first for you … the character or the plot? Character, I’d say. I can’t work from an outline, so my plot has to unfurl as I plod along in my first draft. My theory is once the character is set down, the things that he or she does (the plot) will follow.
If you were not a writer what would you be?
A national park ranger always seemed like a cool job to me.
Whose books do you like to read?
Some contemporary P.I. fiction writers I admire include Stephen Greenleaf, Walter Mosley, Dorothy Uhnak, James Lee Burke, Bill Pronzini, and James Crumley.
If you could be one of your characters -- who would you be? And why?
I suppose my personality somewhat resembles my P.I. Frank Johnson protagonist. But Frank has all the tenacity and shrewdness I sorely lack. That sounds funny since he’s my creation. Maybe I pick up a vicarious thrill from writing about his adventures.

How do you juggle writing all the different books and series you have?
I have to finish one project (such as a P.I. series title) before I can begin a new one, such as the work I did on my science fiction title, THE QUETZAL MOTEL. Early morning while the house is still semi-dark and quiet is the best time for me to wake up and work on my first drafts.
In your opinion, what constitutes a good mystery?
Good question. My views on mystery fiction, I’ve noticed, have been shifting. I’m less interested and concerned with the whodunits. I like to use a broader canvas and delve into the characters -- good and bad -- populating a crime fiction who interact with each other. A mystery may or may not exist in the storyline. I guess this is the difference between crime fiction and mystery. Knowing how a novel ends doesn’t detract from its reading pleasure for me. I’m more attracted to the journey(including the narrative twists) and less so to the destination. I like a good mystery to use a intelligent and credible plot. Setting is a big deal as is the voice.

Do you use an outline when plotting?
I keep a running outline of what I’ve already written so I can where I’ve been. That helps me to take the storyline in its next logical direction.

Which book was hardest to write? Which was the easiest?
My work-in-progress (working title: SKIN IN THE GAME) has been the toughest to write for me. SKIN uses multiple view points (four) that often overlap and intersect. Keeping all that straight without the seams showing has given me a real challenge. 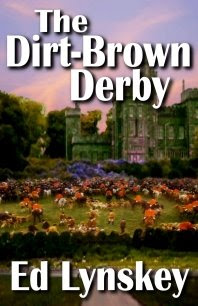 The easiest book for me to write was my first P.I.title, THE DIRT-BROWN DERBY, mainly because I didn’t know much about writing novels and I just largely winged it.
What other authors have you been compared to and how did you like this compliment?
Critics in published reviews have compared my novels to Loren Estleman, James Lee Burke, Daniel Woodrell, Walter Mosley,William Caunitz, Dennis Lehane, Bill Pronzini, and Robert Crais.
I guess it’s flattering for a critic to compare you to a renown novelist, but it leaves me uneasy and wary. I mean Mosley and James Lee Burke? That’s a lot to live up to and I don’t want to take that on at all. But it’s nice and I don’t turn away such comments. I’m thankful a reader liked my books enough to say anything at all.
If you could save three books from burning, which three would they be?
Holy Bible, Huck Finn, and I, the Jury.
What do you love most about the book you’ve just written/released?
I’m excited about SKIN IN THE GAME (my work-in-progress) because it’s a post-Sopranos Mafia noir set in Washington, D.C. where the mob never had much of a presence. That fact has allowed me to play with the idea of just how a Mob family could successfully operate in the F.B.I.’s very backyard.
What do you want your readers to take from your books?
Just the joy of taking the ride when they read my novels.
Thank you for having me contribute to the discussions on your book blog and share my thoughts with your readers.
Ed Lynskey interview

Anonymous said…
Thanks for turning me on to another author I haven't heard of.

Anonymous said…
Thank you, Cheryl, for having me on your book blog. I enjoyed it. Your blog is an interesting read for readers.