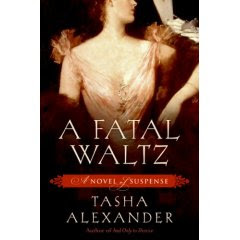 Book Description :
At her friend Ivy's behest, Emily reluctantly agrees to attend a party at the sprawling English country estate of Lord Fortescue, a man she finds as odious as he is powerful. But if Emily is expecting Lord Fortescue to be the greatest of her problems, she is wrong. Her host has also invited Kristiana von Lange, an Austrian countess who was once linked romantically with Emily's fiancé, the debonair Colin Hargreaves. What Emily believes will be a tedious evening turns deadly when Fortescue is found murdered, and his protégé, Robert Brandon—Ivy's husband—is arrested for the crime.

Determined to right this terrible wrong and clear Robert's name, Emily begins to dig for answers, a quest that will lead her from London's glittering ballrooms to Vienna's sordid backstreets. Not until she engages a notorious anarchist in a game of wits does the shocking truth begin to emerge: the price of exonerating Robert can be paid only by placing Colin in deadly peril. To save her fiancé, Emily must do the unthinkable: bargain with her nemesis, the Countess von Lange.

If you like how this book sounds than head on over to http://abookbloggersdiary.blogspot.com/ for your chance to win and all the details. Hurry as contest ends June 15th
contests Tasha Alexander