Win One of Five ARCs 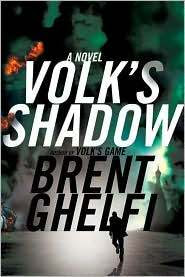 An international cabal drives Volk back to blood-soaked Chechnya, where he confronts an old nemesis and reunites with his lost love in this gripping sequel to the acclaimed series debut.Volk's Shadow finds Colonel Alexei Volkovoy — covert agent of the Russian army and major player in the Moscow underworld—once again struggling to stay afloat in the swirling currents of Russian political and economic intrigue. This time, however, he is without his sidekick and lover, the ethereal Valya Novaskaya.

Aching for the soul mate he pushed away, Volk begins to doubt himself, becoming even more detached from the brutality of his actions. When he takes out his inner pain on the wrong man, he gains a powerful enemy in the highest reaches of the Kremlin, and only after he travels back to Chechnya to eliminate his old nemesis, Abreg, is Volk’s debt finally repaid.

Go to http://abookbloggersdiary.blogspot.com/ for all the details on how to win a copy but hurry as this contest ends at 5am EST time April 21nd.
Brent Ghelfi contests

Rashmi said…
Thanks for participating, Cheryl! Come back on 21st and 22nd and see if you won. I have lots more giveaways planned as well :)