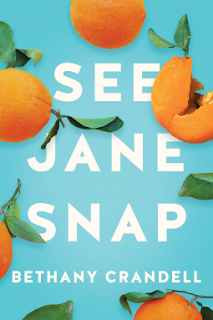 Handsome, successful husband. Adorable daughter. Chairwoman of the PTA. Security for her ailing mom. Jane’s got everything life has to offer. Including the lie that could destroy it all.

See Jane smile. Thirty-nine-year-old Jane Osborne appears to the world like she has a charmed life. Her daughter attends private school. Jane chairs the PTA. Even her marriage to Dan, the handsome, prominent surgeon, is blissfully happy. Her universe is stable, and her future is fixed…just like that smile. Because it’s all a ruse. Unbeknownst to anyone, after eighteen years of marriage, Dan’s revealed that he’s been living a double life and is in love with a man. But for the sake of his career, Jane must keep that secret, secret.

See Jane lie. With their livelihood on the line, Jane agrees to maintain appearances. But soon the weight of Dan’s deception and the pain of his betrayal get the better of her. Something’s got to give.

See Jane snap. Quite publicly. And a bit unlawfully. With brutal honesty, Jane must confront her choices head-on and determine—for herself—if the facade of stability she’s been protecting is worth the price of her own sanity and happiness.

I have to be honest. This book...well particularly Jane annoyed me so much. It has been a while since I came across a character that I did not like. Right from the beginning; Jane had this really sour attitude. It turned me off and made me mad at her. So much that I could only read two chapters at a time.

I could not understand Jane's hate for her husband and his secret. Yes, I get that it would really shake my world upside down and I would be upset but not to the point like Jane that I would self harm myself or commit a crime.

The story did get better to the point that I could tolerate Jane and read more than two chapters at a time. Overall, my feelings towards this book are "just ok".