Book Review: Over the Falls 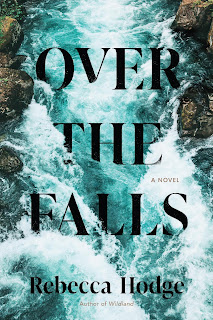 It's early June in the mountains of Eastern Tennessee, and the idyllic beauty of the landscape belies the darkness that lurks beneath the surface. Bryn Collins has been living in isolation for fourteen years after her fiance, Sawyer, jilted her for her despised sister, Del. Although a life-threatening accident ended her days navigating the perils of whitewater, she still finds refuge kayaking in the local lakes.But Bryn's placid life hits the skids when an unwelcome cast of characters reenters her life. Del goes mysteriously missing, and her fourteen-year-old son, Josh, arrives to ask for Bryn's help finding her. His father, Sawyer, had been killed in a plane crash and he has no one else to turn to. Carl, an unruly punk the sisters knew years before, is desperate to find Del because she owes him money.Bryn and Josh follow an ever-elusive trail to Colorado, and at the annual Mountain Games competition in Vail, they finally confront the truth. For Bryn, all roads lead to the river, and on vicious Colorado whitewaters, she must muster every ounce of courage and strength to save what she most loves in the world.

This is the first book I have read from this author. I did like it. Although, I found that the story was slow moving. It really picked up in the last third of the book. Up until that point, the story was mainly about the dynamics of family, broken relationships, and forgiveness mixed in with a hint of mystery.

I will admit that Bryn would have been just another person in the crowd or living on her farm if not for the appearance of her nephew, Josh. She became more interesting as the story progressed and I got to know her better. The dynamics between she and Josh was lovely. She really did step up. Instantly, I felt for Josh and his predicament.

Readers who like mystery but without the body count or gore and a step up from cozy mystery, may want to check out this book. 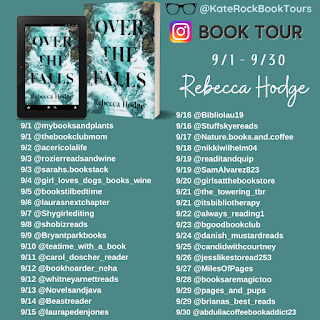