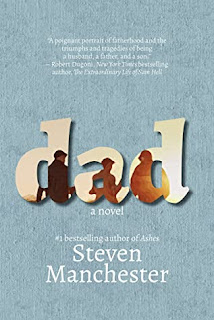 Three generations of dads, playing traditional roles in each other's lives, arrive simultaneously at significant crossroads. The decisions they make and the actions they take will directly - and eternally - affect each other. After a life of hard work and raising children, Robert is enjoying his well-deserved retirement when he discovers that he has an illness he might not be able to beat. At 19, Jonah is sprinting across the threshold of adulthood when he learns, stunningly, that he's going to become a father.

And Oliver - Robert's son and Jonah's dad - has entered middle age and is paying its demanding price. While reconciling the time and effort it has taken him to reach an unfulfilling career and an even less satisfying marriage, he realizes that it's imperative that he keep it all together for the two men who mean everything to him. When different perspectives lead to misunderstandings that remain unspoken - sometimes for years - it takes great strength and even more love to travel beyond the resentment. Dad: A Novel chronicles the sacred legacy of fatherhood.

I have read many books by Mr. Manchester. The thing that I really like about his books are how character driven the stories are. Yet, at the same time strong in the lesson as well. First the characters.  This book centers around three generations of men...Robert, Oliver and Jonah.

Instantly, I formed a strong bond with Robert, the matriarch of the family. He had a careful and kind nature about him. Although, this partly came from the fact that he was enjoying his retirement. Yet, whenever he was talking, I was drawn to his words.

Oliver and Jonah were a tie for me for second. It was lovely to see the close relationship that Oliver shared with his son, Jonah. He was there to help guide him through life; while at the same time allowing him to grow into his own man.

Fatherhood is a great honor. One that comes with great responsibility, pride, and love. "There's no love like a father's love."