Prospects of a Woman 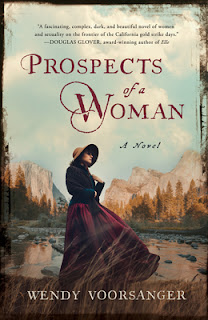 Elisabeth Parker comes to California from Massachusetts in 1849 with her new husband, Nate, to reunite with her father, who’s struck gold on the American River. She soon realizes her husband is not the man she thought—and neither is her father, who abandons them shortly after they arrive. As Nate struggles with his sexuality, Elisabeth is forced to confront her preconceived notions of family, love, and opportunity.
She finds comfort in corresponding with her childhood friend back home, writer Louisa May Alcott, and spending time in the company of a mysterious Californio Don. Armed with Ralph Waldo Emerson’s Self-Reliance, she sets out to determine her role in building the West, even as she comes to terms with the sacrifices she must make to achieve independence and happiness.
Prospects of a Woman is a fresh, authentic retelling of the West that explores women’s contributions in California and shatters the stereotypes of the typical hard-boiled novel of the West that has captured the American imagination for over a century.
My Review
Every once in a while you encounter a book that just grabs you right from the beginning. That was this book. It was a shocker (in a good way). Instantly, I was transported back in time.
Major big props to Elisabeth. She started the story out as a meek and by the end had changed/grown into a strong, independent woman. It was women like her that helped pave the way for working women today. Elisabeth was the main character in this book. Everyone else could not compare. Although, I will say that when it came to her husband; in the beginning I was not a fan but as the story progressed I did warm up to him. Yet, Elisabeth really did not need a man.
Author, Wendy Voorsanger weaves an important period in time with engaging characters into a lovely story in Prospects of a Woman. I greatly look forward to reading the next book from this author.
Buy the book:
Amazon:
B&N: 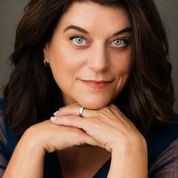 About the Author:
Born and raised on the American River in Sacramento, Wendy Voorsanger has long held an intense interest in the historical women of California. She started her career in the Silicon Valley, writing about technology trends and innovations for newspapers, magazines, and Fortune 100 companies.
She currently manages SheIsCalifornia.net, a blog dedicated to chronicling the accomplishments of California women through history. Her debut historical novel, Prospects of a Woman will be published in October 2020 (She Writes Press); an excerpt entitled "Shifting in California" won 1st place in the California Writers Club short story contest and is published in the Fault Zone: Shift: An Anthology of Stories.
She earned a B.A. in Journalism from California Polytechnic State University in San Luis Obispo and an MFA from Vermont College of Fine Arts. She is a member of the Castro Writers' Cooperative, the Lit Camp Advisory Board, and the San Mateo Public Library Literary Society.
In addition to being an author, Wendy has worked as a lifeguard, ski instructor, and radio disc jockey. Wendy lives in Northern California with her husband and two sons.
Author website
Additional website:
Facebook:
Instagram:
YouTube book trailer 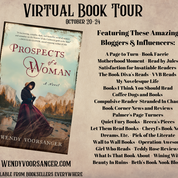 Mystica said…
The era is unfamiliar to me but sounds such an exciting time for anyone. I also like the story. I think you'd like The Silver Baron's Wife. A similar kind of courageous woman.
October 20, 2020 at 11:22 PM