Pascual Rose is back 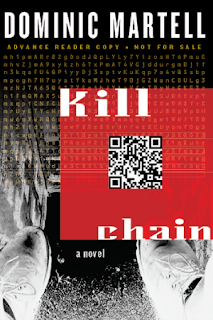 TWENTY YEARS OFF THE GRID AND HE THOUGHT HE WAS SAFE

Pascual Rose is back—and this time the lives of his wife and son hang in the balance.

Years ago, Rose put his life as a terrorist behind him. He sold out his colleagues for a new identity and low profile in Barcelona. All was quiet until he received a midnight text: Come join us on the terrace.

The stakes are high: if he fails, it will cost him his family; if he succeeds, one million euros will buy a lot more than translation piecework will. But the money-laundering scheme involves a nexus of diverted revenues, shell companies and cryptocurrencies, peopled by shadowy benefactors, Russian mobsters, German intelligence agents, and a mysterious woman with a chilling warning: Get out before it’s too late.

Rose races against time, navigating twists and turns and mortal danger knowing no one can be trusted and nothing is happenstance. Can he uncover who is behind the operation that has the potential to destroy entire governments and global financial markets before he loses everything?

DOMINIC MARTELL, who has worked as a teacher and translator, was born in the United States and has lived and traveled extensively in Latin America, Europe and the Middle East. His first three novels featuring repentant ex-terrorist Pascual Rose appeared in the 1990s, chronicling Pascual’s quest for atonement in the chaotic post-Cold War years. A quarter of a century later, in the post-9/11 world, Martell decided to bring Rose out of retirement. Kill Chain is the first 21st-century misadventure of Pascual Rose. 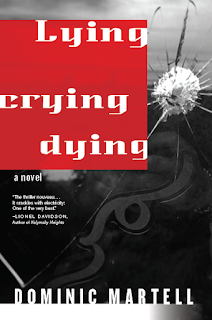 Before Pascual Rose was resurrected after almost twenty years, in this year’s Fall anticipated thriller KILL CHAIN (Dunn Books; October 6, 2020), Pascual was a marked man lying low. In the 1980s, he was a courier for a network of radical groups that spread terror across Europe in the name of separatism and liberation. That is, until he defected to the Mossad and CIA, selling out his former comrades save one—his old flame, the beautiful Katixa.

Then he vanished along with his new identity into the streets of Barcelona, his childhood home. Sleeping in flophouses and living hand to mouth, Pascual spends his days trying to atone for his sins among the city’s teeming alleys and taverns. He keeps a low profile, hiding from old associates looking to exact revenge.

But just when he thinks he’s finally shed his past, Katixa bursts back into his life with a suitcase full of cash hijacked from an ETA kidnapping, looking for a one-way ticket out of Spain—with Pascual. His better judgment doesn’t stand a chance. Pascual goes on the run with Katixa. Nothing is what it seems, and betrayals lurk at every turn. When Pascual realizes that everyone is lying to him, the crying and the dying cannot be far behind.