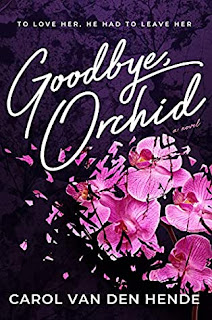 Thirty-two year-old Phoenix Walker is an entrepreneur who has built an agency with a heart almost as big as his own. To add to his good fortune, he's falling for Orchid Paige, the beautiful half-Asian marketer who's collaborated with him on a winning military campaign.

They've grown close after months working and traveling together. She's even divulged the trauma in her past that makes her panic over images of injured vets. He's trying not to cross their professional boundary.

Until an accident changes him forever.

Now, he's faced with the hardest decision of his life. Does he burden the woman whose traumatic childhood makes him feel protective of her? Or does true love mean leaving her without explaining why?

I picked up this book and read it almost in one sitting. I was drawn to Phoenix and Orchid. Although, I do feel like Phoenix did not give Orchid a fair chance in the beginning. As the author says; Phoenix and Orchid did get their happy ending but they really had to work at it. They just needed time.

However, I did understand where Phoenix was coming from due to the tragic accident that he endured. He was bitter and thought that his life was over. Yet, he learned that just because you have a disability does not mean that that you can't still "live". Live for family, live for friends, live for loved ones, and very importantly...live for yourself.

This book does not read like a debut novel. I can't wait to see what author, Carol VanDenHende writes next.