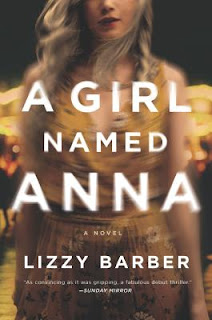 If your whole life is a lie, who can you trust?Raised in a quiet rural community, Anna has always been taught that her mamma’s rules are the only path to follow. But, on her eighteenth birthday, she defies her mamma for the first time in her life and goes to Astroland. She’s never been allowed to visit Florida’s biggest theme park, so why, when she arrives, does everything about it seem so familiar? And is there a connection to the mysterious letter she receives that same day—a letter addressing her by a different name?Rosie has grown up in the shadow of the missing sister she barely remembers, her family fractured by years of searching without leads. Now, on the fifteenth anniversary of her sister’s disappearance, the media circus resumes as the funds dedicated to the search dry up, and Rosie vows to uncover the truth herself. But can she find the answer before it tears her family apart?Winner of the Daily Mail First Novel Competition, A Girl Named Anna is a psychologically riveting read that introduces Lizzy Barber as an outstanding new voice in suspense fiction.

I saw another reader comment that this book was very predictable. I do have to agree. There was no suspense or build up to the mystery. The mystery was revealed within like the second chapter. From there it was mainly just a very slow, slow burn to the conclusion of the story.

After a while, I found myself wanting to rush this story and did skim parts. In fact, this story would have been better if it has just been Anna's voice. I found her to be more intriguing than Rosie's voice. There were a few times where I did skip Rosie's parts.

The ending was fine. It was fitting for the story. Yet, it was a bit sad. However, I understood where Anna was coming from in regards to her new sense of discovery. She may have been someone else in a past life but she is...Anna.
Lizzy Barber