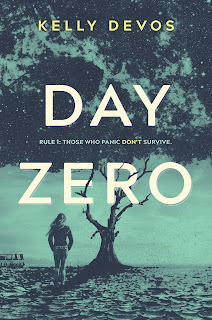 
Book Summary:
Don’t miss the exhilarating new novel from the author of Fat Girl on a Plane, featuring a fierce, bold heroine who will fight for her family and do whatever it takes to survive. Fans of Susan Beth Pfeffer’s Life As We Knew It series and Rick Yancey’s The 5th Wave series will cheer for this fast-paced, near-future thrill ride.

If you’re going through hell…keep going.

Seventeen-year-old coder Jinx Marshall grew up spending weekends drilling with her paranoid dad for a doomsday she’s sure will never come. She’s an expert on self-heating meal rations, Krav Maga and extracting water from a barrel cactus. Now that her parents are divorced, she’s ready to relax. Her big plans include making it to level 99 in her favorite MMORPG and spending the weekend with her new hunky stepbrother, Toby.

But all that disaster training comes in handy when an explosion traps her in a burning building. Stuck leading her headstrong stepsister, MacKenna, and her precocious little brother, Charles, to safety, Jinx gets them out alive only to discover the explosion is part of a pattern of violence erupting all over the country. Even worse, Jinx’s dad stands accused of triggering the chaos.

In a desperate attempt to evade paramilitary forces and vigilantes, Jinx and her siblings find Toby and make a break for Mexico. With seemingly the whole world working against them, they’ve got to get along and search for the truth about the attacks—and about each other. But if they can survive, will there be anything left worth surviving for? 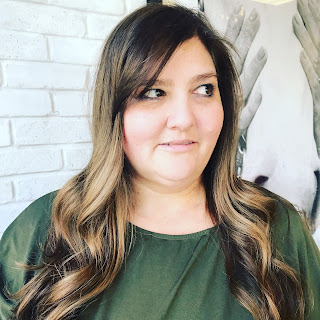 Author Bio: KELLY DEVOS is from Gilbert, Arizona, where she lives with her high school sweetheart husband, amazing teen daughter and superhero dog, Cocoa. She holds a B.A. in Creative Writing from Arizona State University. When not reading or writing, Kelly can typically be found with a mocha in hand, bingeing the latest TV shows and adding to her ever-growing sticker collection. Her debut novel, Fat Girl on a Plane, named one of the "50 Best Summer Reads of All Time" by Reader's Digest magazine, is available now from HarperCollins.
Kelly's work has been featured in the New York Times as well as on Salon, Vulture and Bustle.

JannethManalu said…
Very interesting blog. Alot of blogs I see these days don't really provide anything that I'm interested in, but I'm most definately interested in this one. Just thought that I would post and let you know

Agenpoker1827 said…
thank you Kelly Devos for this very interesting book, I am waiting for your next work

asiainfotech.in said…
The MSME Ministry notified that Udyam Registration can be filed online based on self-declaration with no requirement to upload documents, papers, certificates or proof.