If I Had Two Lives 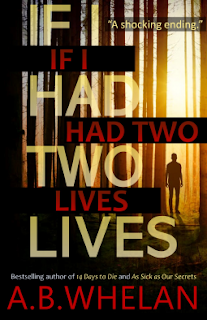 
What if you found out that your whole life is based on a lie?
If I Had Two Lives is a twisted tale of family secrets and the darker side of human nature that will leave you wanting to research your family history.
Vicky Collins has a seemingly enviable life. She is a successful agent for the FBI and lives with her social-media star and real-estate entrepreneur boyfriend in an upscale neighborhood of San Diego.
But appearances can be deceiving.
When Vicky is recruited to an elite unit at the FBI to investigate the possibility of a serial killer that piggybacks his killings on the crimes of other murderers, her life begins to spiral out of control.
To complicate things further for Vicky, a routine background check at the FBI reveals a sibling DNA match—a brother she didn’t know existed. Determined to unravel the mystery of her past and to find her long-lost brother, Vicky retraces the boy’s footsteps through the foster-care system, uncovering the abuse and neglect he suffered growing up. The secrets she unveils are more heinous and terrifying than she ever imagined, and a new truth about her childhood threatens to consume her.
Then the Piggyback Serial Killer strikes again. Except this time, Agent Collins has multiple suspects—including members of her own family.
This book was inspired by a young woman in a vegetative state who was sexually assaulted and impregnated by an employee of her care facility and it delves into dark subject matter—murder, sexual violence, and childhood abuse. If the story touches you as deeply as it did me, I’d love to hear your thoughts.

The beginning of this book really grabbed my attention. The story starts with a paralyzed girl who is a patient at San Diego Long Term Care Nursing Home, who is discovered to be pregnant. She had been in this condition as a patient for years. While this story is fiction; the situation portrayed is real. Recently in the news, there really was a woman in this situation who was found to be pregnant.

When it comes to the main character, Vicky, she is good. She asked intelligent questions and didn't really make stupid mistakes. Sadly, though, she could not hold the story fully for me. I found the other characters not as engaging and I lacked the emotional connection towards them. In addition, the story did move along at a slow and steady pace. The latter third of the story did pick up speed. A fine ending to this story.
A.B. Whelan