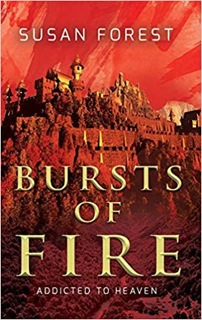 Bursts of Fire begins an epic political fantasy of revenge, addictions, and redemption. In an empire where magic has become suspect, love and loyalty–for one’s lover, one’s family, one’s country–are tested. If Heaven desires the very earth be burned, what place can those below hope for, when the flames come for them?


To survive. To fight. To restore balance.


The Falkyn sisters bear a burden and a legacy. Their mother, the imperial magiel of the kingdom of Orumon, protects her people from the horrors of the afterlife by calling upon the Gods with a precious Prayer Stone. But war among the kingdoms has brought fire and destruction to their sheltered world. When a mad king’s desire to destroy the Prayer Stones shatters their family, the three girls are scattered to the wilderness, relying on their wits and powers they don’t yet master.


Assassin. Battle tactician. Magic wielder. Driven by different ambitions, Meg, Janat, and Rennika are destined to become all these and more. To reclaim their birth right, they must overcome doubtful loyalties within a rising rebellion; more, they must challenge a dogma-driven chancellor’s influence on the prince raised to inherit his father’s war: a prince struggling to unravel the mystery of his brother’s addiction to Heaven.


I was drawn to this book by the concept of the story. The story starts out really fast. Almost to the point that it seemed like I the reader, came into the middle of the story and not the beginning. It starts with sisters, Meg, Janat, and Rennika running away. It was not very clear what had transpired to cause the girls to run until about several chapters later.

There were many other characters introduced in a short amount of time all at once as well. It was a bit hard to keep them all straight. After a while though; I did figure out who was who and what part they played in the overall storyline.

I will say that the latter half of the story is better. This is because I had everyone figured out and could just settle into the story. However, I do agree with another reader that I do wish that the magic was more prominent in the story. It was slowly built up. This may because this is book one. Still a good start to a series. 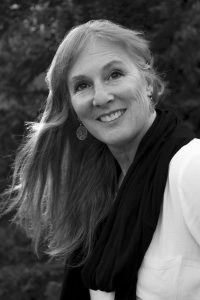 Susan Forest is an award-winning author and editor of science fiction, fantasy, and horror. She has published over 25 short stories in Canadian and international publications. Bursts of Fire, the first in her seven-book series Addicted to Heaven, is not only a tale of rollicking adventure, but also an opportunity-one she appreciates-for an examination of the complex world of addictions. Susan loves to travel and has been known to dictate novels from the back of her husband’s motorcycle.


Wednesday, August 21st: What is That Book About – excerpt


Tuesday, August 27th: A Dream Within a Dream

Unknown said…
Thanks for taking the time to read the book!