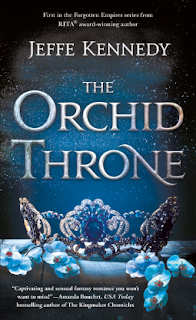 
In the Forgotten Empires magic is forbidden, dreams are destiny, and love is the greatest power of all…
A PRISONER OF FATEAs Queen of the island kingdom of Calanthe, Lia will do anything to keep her people free—and her secrets safe—from the mad tyrant who rules the mainland. Guided by a magic ring of her father’s, Lia plays the political game with the cronies the emperor sends to her island. In her heart, she knows that it’s up to her to save herself from her fate as the emperor’s bride. But in her dreams, she sees a man, one with the power to build a better world—a man whose spirit is as strong, and whose passion is as fierce as her own…
A PRINCE AMONG MENConrí, former Crown Prince of Oriel, has built an army to overthrow the emperor. But he needs the fabled Abiding Ring to succeed. The ring that Lia holds so dear to her heart. When the two banished rulers meet face to face, neither can deny the flames of rebellion that flicker in their eyes—nor the fires of desire that draw them together. But in this broken world of shattered kingdoms, can they ever really trust each other? Can their fiery alliance defeat the shadows of evil that threaten to engulf their hearts and souls?

I was drawn to this book by the lovely book cover and than the premise of this book. You could say that this was one of the books that I was really looking forward to reading.

The world that Ms. Kennedy built for this story is wonderful. It is a big reason that I did stick with this book as long as I did. When it comes to the characters; that is another story. I was not feeling them as much. The characters kind of came off as juvenile.

Another factor about this book that didn't do it for me was the very slow pacing. I don't mind descriptions about characters and the world to start out the story but there is a difference between the right amount and too much. In this case; I felt it was the latter. While, this book was not for me, other readers did enjoy it 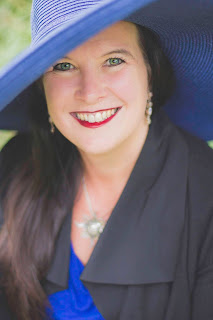 1 Copy to giveaway. US only. Please leave a comment with your email address. Winner chosen Oct. 1st.

traveler said…
Thanks for this unique and captivating novel.saubleb(at)gmail(dot)com
September 24, 2019 at 9:26 AM

SavingsInSeconds said…
My daughter loves fantasy novels, I will have to tell her about this one!
dedezoomsalot (at) yahoo (dot) com
September 29, 2019 at 1:53 PM