The House at Saltwater Point 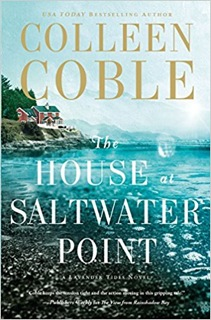 The dangerous beauty of Lavender Tides is harboring secrets that reach around the world.
Ellie Blackmore is making a name for herself as a house flipper. But when her sister Mackenzie disappears, Ellie can’t focus on anything but uncovering what happened. Her only clue is the bloodstain on the deck of Mackenzie’s boat. Ellie knows her sister isn’t on the best of terms with her ex-husband, Jason, but he wouldn’t kill her—would he?
Coast Guard intelligence officer Grayson Bradshaw believes Mackenzie faked her own death after stealing a seized cocaine shipment. The problem is convincing Ellie, who seems to view him as the true enemy.
Both Ellie and Grayson want truth, but truth—and family—is often more complex than it first appears. From international terrorism to the peaceful lavender fields of Puget Sound, The House at Saltwater Point is a thrilling race to uncover the truth before it’s too late.


I found the beginning of this book to start out really slowly for me. Partly due to the characters. Ellie was fine but I never fully embraced her. I agree with another reader that I kind of found her unappealing and kind of uncaring. Her sister is missing and at times Ellie came off as uncaring with the way she reacted.

Grayson was better. I did warm up to him quicker. He was kind. Grayson and Ellie did share some sparks but they were more sparklers than big fireworks. This story had some flaws to it but it would have been improved better with more enjoyable characters. Yet, this is just my opinion. Try this book for yourself. 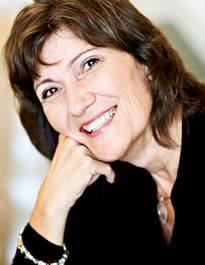