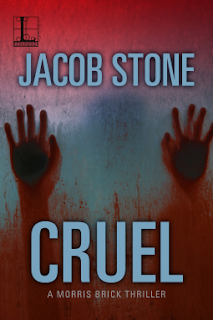 “17.” L.A. detective Morris Brick knows the number all too well. It was the gruesome signature the Nightmare Man left next to his victims’ bodies. Brick’s father was the first to investigate the killings. Five women were butchered before the perpetrator vanished. Seventeen years later he resurfaced—to kill again in the same depraved ways. Now another seventeen years have passed. Brick knows in his gut that it’s time for the Nightmare Man to reawaken. But even Brick can’t imagine the madman’s true agenda. Or just how terrifying the sleepless nights are going to get in the City of Angels.

This book is part of a series of books that feature Morris Brick. Yet, it reads as a stand alone novel. I did like Brick. He showed intelligence and could lead a team. From what I read, I did like this book and do want to get to know Brick better.

In regards, to the killings, they were gruesome. Yet, not a lot of time was spent in great details. Therefore, anyone who is a bit skirmish about gore could handle reading this book. Ok, so I admit that I didn't see the plot twist. This is a good thing as I enjoy a book that can surprise me; especially mystery books.

The only reason that I didn't give this book five stars is because most of the other characters while fine were not as up t par as Brick's character. Thus at times I felt the story dragged in parts. Overall, I did like this book and would read more books from this author.
Jacob Stone