The Girl Made of Cool 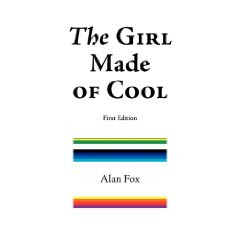 Ridley Richardson has met the most wonderful woman. Her name is Jayne Holly Wyatt. He feels something for her. Though, from the beginning you can tell this is more of a one sided romance.

Chet Clifford and Ridley are housemates. They get along as far as housemates go. That is all about to change. Chet has also met the most amazing woman. Yep, you guessed it! It is Jayne. Chet wants to impress her, so he asks his co-worker, Nathan for some help. Jayne is impressed with Chet. The battle is on between Ridley and Chet for Jayne’s heart. Who will win?

The layout of the book kind of read like a Broadway script. It was broken up into sections, with the beginning of each section setting up the scene. I thought this approach to telling the story was unique and refreshing. Unfortunately, it distracted me some and made the book not flow as smoothly as I would have liked. In addition that I found the characters did not fully draw me into their world. Aside from these facts, I did think this book was a pretty good read and I could see where Mr. Fox was going with this story.
Alan Fox