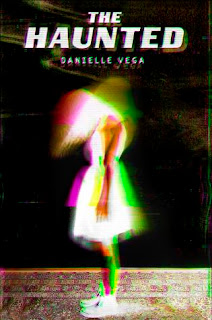 From Danielle Vega, YA’s answer to Stephen King, comes a new paranormal novel about dark family secrets, deep-seated vengeance, and the horrifying truth that evil often lurks in the unlikeliest of places.

Hendricks Becker-O’Malley is new in town, and she’s bringing baggage with her. With a dark and wild past, Hendricks doesn’t think the small town her parents moved her to has much to offer her in terms of excitement. She plans on laying low, but when she’s suddenly welcomed into the popular crowd at school, things don’t go as expected.

Hendricks learns from her new friends that the fixer-upper her parents are so excited about is notorious in town. Local legend says it’s haunted. Hendricks doesn’t believe it. Until she’s forced to. Blood-curdling screams erupt from the basement, her little brother wakes up covered in scratches, and something, or someone pushes her dad down the stairs. With help from the mysterious boy next door, Hendricks makes it her mission to take down the ghosts . . . if they don’t take her first.


I was drawn to this book by the book cover. I figured with a book cover like this, the book had to be good. Sadly, I was mistaken. There may have been things that went bump in the night but it was barely a blimp on the radar.

There was nothing that intriguing about the characters. I will give credit as to what was happening to Hendricks was creepy but not frightening scary. Yet, as much as I did not care for this book; I did still keep reading it until the end. This is because I still kept holding hope that it would get better.

I believe the reason that the scary factor was about a four is because the book is written for the younger readers. That is the vibes I did get from this book. There was no haunting here.
Danielle Vega

SavingsInSeconds said…
I have had this book for a while and just couldn't get past the first few pages. Kind of thinking I might give up on it now!
May 7, 2019 at 8:55 PM