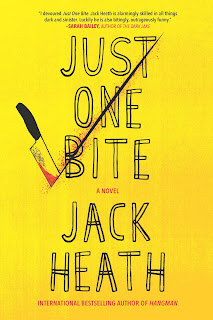 Book Summary:
Timothy Blake, ex-consultant for the FBI, now works in body disposal for a local crime lord. One night he stumbles across a body he wasn’t supposed to find and is forced to hide it. When the FBI calls Blake in to investigate a missing university professor, Blake recognizes him as the dead man in his freezer.
Then another man goes missing. And another.
There’s a serial killer in Houston, Texas, and Blake is running out of time to solve the case. His investigation takes him to a sex doll factory, a sprawling landfill in Louisiana and a secret cabin in the woods.
As they hunt the killer together, FBI agent Reese Thistle starts to warm to Blake—but she also gets closer and closer to discovering his terrible secret.
Can Blake uncover the killer without being exposed himself?
Buy Links:
Harlequin
Amazon
Barnes & Noble
Books-A-Million
Powell’s

Everyone's favorite "Hangman" is back. Ok, so may this is not true for new readers but I know I was excited to see Timothy back in action. As I stated with the first book that Timothy is the new "Dexter". Ahh, so this got your attention.

This time Timothy is working for the bad guys or I mean bad lady. He is the "cleaner". He disposes of the bodies. This is perfect for Timothy as the bodies help to satisfy his hunger for meat. If he can just keep his nose clean he will be golden. That is until Agent Thistle calls on him to help her again with a case. He is not very well liked with the FBI but Timothy has a good sense for solving cases.
Agent Thistle and Timothy still have their banter but this time it is more admiration for one another. Plus, it was nice to get to know more about Timothy and Thistle and what their childhoods were like. They both were orphans.

Another great read by author, Jack Heath. I can't wait to get my hands on the next book. I took "Just One Bite" of this book and I was happily satisfied. 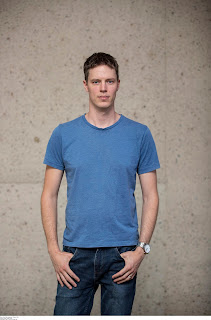 Author Bio: First published as a teenager, Jack Heath is the award-winning author of more than twenty fiction titles for young adult and middle-grade readers.In the course of his research, Jack has toured morgues and prisons, performed as a street magician and travelled through eleven countries, including Russia. His previous day jobs—in which he met many interesting characters—include fry cook, music teacher, TV salesman, call centre worker and bookseller. He plays several musical instruments, and lives on the land of the Ngunnawal people in Gunghalin, Australia.
Social Links:
Author Website
Twitter: @JackHeathWriter
Instagram: @JackHeathWriter.
Facebook: @JackHeathWriter
Goodreads