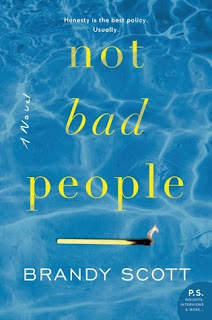 A clever, compelling debut novel with a unique premise of what happens when three best friends engage in what seems to be a harmless act, but instead results in tragedy, leading the women to confront buried resentments, shattering secrets, dark lies, and the moral consequences that could alter their lives forever.Three friends, thirty years of shared secrets, one impulsive gesture…and a terrible accident.  It’s New Year’s Eve, in a small town in the rich wine country outside Sydney. Thirty-something Aimee, Melinda, and Lou are best friends reveling in the end-of-year celebrations. And what better way to look ahead to the coming year than to let off Chinese lanterns filled with resolutions: for meaning, for freedom, for money? The fact that it’s illegal to use these lanterns is far in the back of their minds. After the glowing paper bags float away and are lost to sight in the night sky, there’s a bright flare in the distance. It could be a sign of luck—or the start of a complete nightmare that will upend the women’s friendships, families, and careers.Aimee is convinced their little ceremony caused a major accident. The next day, the newspapers report a small plane crashed, and two victims—one a young boy—were pulled from the wreckage. Were they responsible? Aimee thinks they are, Melinda won't accept it, and Lou has problems of her own. It's a toxic recipe for guilt trips, shame, obsession, blackmail and power games.They’re not bad people. But desperate times call for desperate measures. 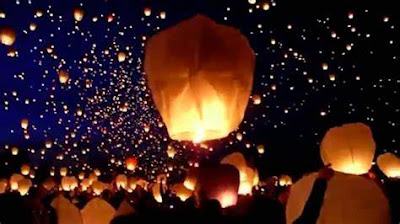 I love when I start a book with no expectations about it and come out just loving the book. That is what happened to me with author, Brandy Scott's debut novel Not Bad People. This book did not feel or read like a "debut" novel but a novel from a seasoned author.

In the beginning, when Aimee, Melinda, and Lou were hanging out writing their wishes for a new year to send off in the lantern ceremony, I was not a fan of any of the three women. However, shortly after I was a little ways into the story, I actually found myself warming up and liking the women.
Actually, it is kind of funny as Aimee may have been the only one that was really concerned about the victims of the plane crash and that it was her, Melinda and Lou's fault but she was the one that I would put last out of the three women. It was Melinda that I loved the most. She was at a major crossroads in her life and it seemed that everyone just laughed Melinda off. Finally, there is Lou. She too was ready for a change and to branch out in her life but than "life" had other plans for her.

This is a slow burn book. The pacing Is slow and steady to get to the conclusion. Yet, it is made possible because of the three women. Due to the fact that I was drawn to the characters really made me enjoy reading this book. You have to make sure that Not Bad People by Brandy Scott is in your shopping cart.
Brandy Scott