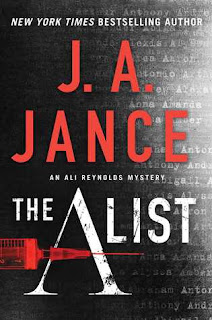 More than ten years after the abrupt end of her high-profile broadcasting career, Ali Reynolds has made a good life for herself in her hometown of Sedona, Arizona. She has a new house, a new husband, and a flourishing cybersecurity company called High Noon Enterprises, where her team of veritable technological wizards hunts down criminals one case at a time.But the death of an old friend brings Ali back to the last story she ever reported: a feel-good human interest piece about a young man in need of a kidney to save his life, which quickly spiraled into a medical mismanagement scandal that landed a prestigious local doctor in prison for murder.Years may have passed, but Dr. Edward Gilchrist has not forgotten those responsible for his downfall—certainly not Ali Reynolds, who exposed his dirty deeds to the world. Life without parole won’t stop him from getting his revenge. Tattooed on his arm are the initials of those who put him behind bars, and he won’t stop until every person on that Annihilation List is dead.

I just realized that I haven't read any books in this series. I thought I had read at least a couple books. Well after having a great time reading this book, I do plan to go back and check out the prior novels.

Ali is great. I like that she did not get scared easily, even when her life was being threatened. She related and connected to everyone she met. Thus the reason she had made a good reporter. When it came to Edward; I could hear his voice loud and clear in my head. In fact, I could hear all of the characters's voices. Edward's story is one that I could imagine being real. It is sad that trust is put in people that are supposed to help and they take advantage of this trust.

Between the mix of great characters and a equally good storyline, I was flying through this book. It was a one day read for me. Warning: Once you start this book, you will have a hard time putting it down until the last page!