The Limits of the World 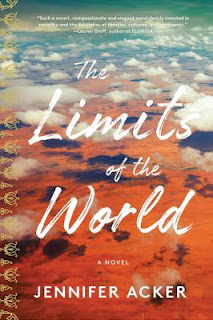 The Chandaria family—emigrants from the Indian-enclave of Nairobi—have managed to flourish in America. Premchand, the father, is a doctor who has worked doggedly to grow his practice and give his family security; his wife, Urmila, runs a business importing artisanal Kenyan crafts; and their son, Sunil, after quitting the pre-med track, has gotten accepted to a PhD program in philosophy at Harvard. But the parents have kept a very important secret from Sunil: his cousin, Bimal, is actually his older brother. And when this previously hidden history is revealed by an unforeseen accident, and the entire family is forced to return to Nairobi, Sunil reveals his own well-kept, explosive secret: his Jewish-American girlfriend, who has accompanied him to Kenya, is, in fact, already his wife. Spanning four generations and three continents, The Limits of the World illuminates the vast mosaic of cultural divisions and ethical considerations that shape the ways in which we judge one another’s actions. A dazzling debut novel—written with rare empathy and insight—it is a powerful depiction of how we prevent ourselves, unwittingly and otherwise, from understanding the people we are closest to.

I have mixed feelings about this book. On one hand I liked it but on the other hand, I was left wanting more. What I mean by this is that while I liked the location and the concept for the story; I was left wanting for that strong, human, emotional connection towards the characters. I briefly felt this in the beginning for the first couple of chapters but afterwards, there was nothing.

The storyline was good. I am not taking that away from this book. It was the characters. None of their voices really stood out to me. They kind of just melded together. Which in turn may this story be where it could be about any family. I did finish this book. However, I honestly could not really give you specific details about any point in time in the story.
Jennifer Acker