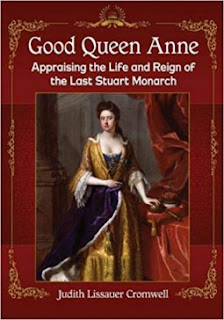 
Anne Stuart was raised in a court notorious for immorality and intrigue, happily married a handsome prince, experienced plots galore and a secret midnight flight, and suffered persecution and ill-health all by the age of thirty-seven. Gout-ridden and prematurely aged by seventeen pregnancies that failed to provide her nation with an heir, Anne began her reign by committing to a long and costly overseas war against Europe’s superpower while maintaining peace during political conflict at home.
As the author of two previous historical biographies about complex and famous women, Dorothea Lieven and Florence Nightingale, Judith Lissauer Cromwell is qualified to meet the challenge and tell the true story of Queen Anne that posterity has lost. Her examination of archives, primary sources, and material on Anne’s contemporaries reveals Anne as a resolute and multi-faceted woman who rose above adversity to become an effective and beloved queen. 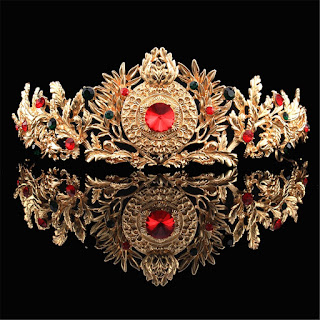 I am a little familiar with Anne Stuart. Although, I will comment and say that after reading this book, I learned so much about Anne that I feel more knowledgeable about her as a person and queen. You could almost say that I became a bit of an "expert" (not really). It is author, Judith Lissauer Cromwell that is the expert.

While, you could read some of the same things within this book from the Wiki pages; you will learn a lot more from this book. Anne was not flashy or may have been the prettiest. Yet, she was intelligent. Not just brain smart but also how to handle people This is very helpful and a great benefit to her as a ruler.

It was like I was reading a history lesson. A intriguing one that I wanted to know more about. If you are a fan of history, historical, or nonfiction reads, than, you need to read this book. 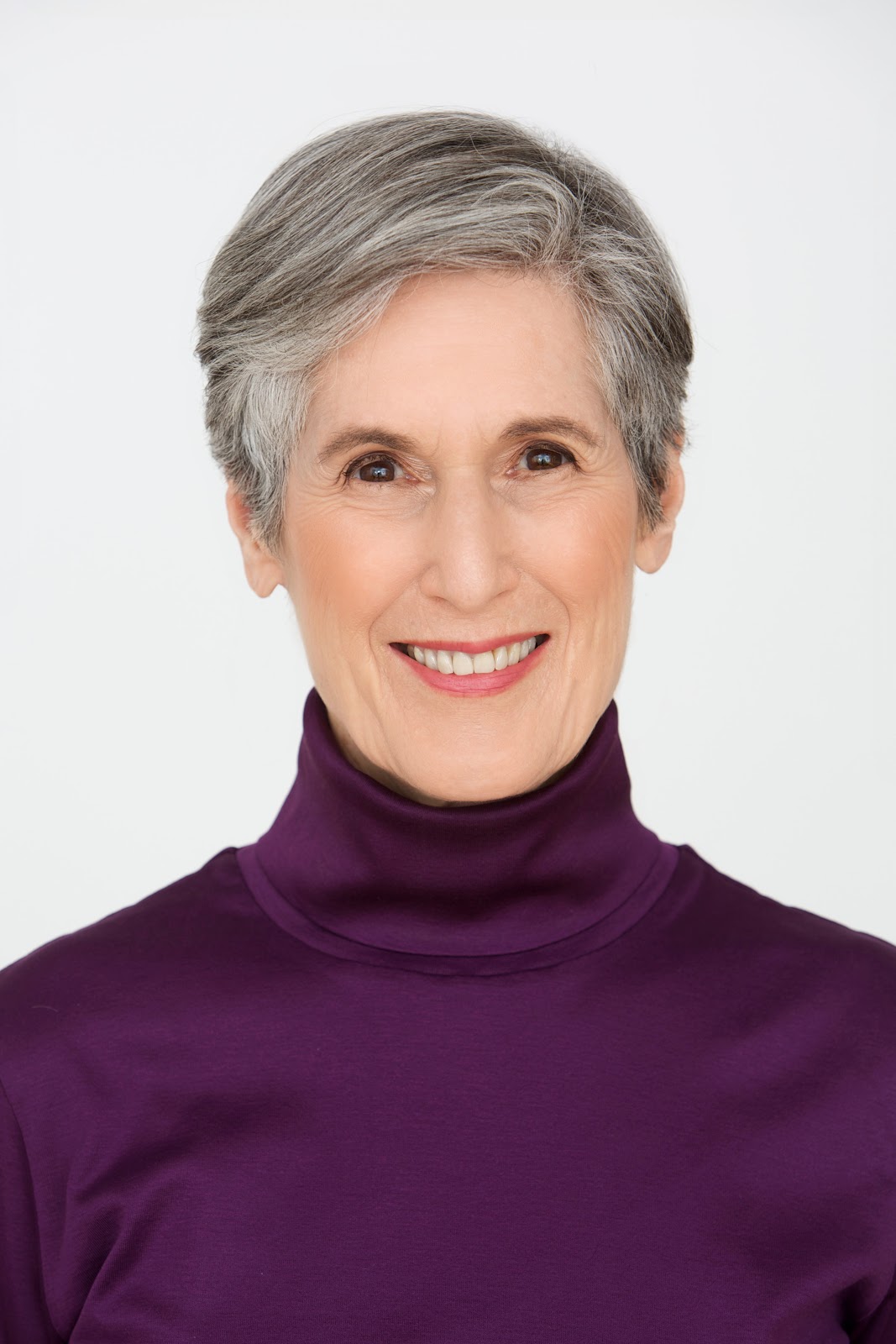 
An Interview with
JUDITH LISSAUER CROMWELL
All three women sought to rise above the traditional female role; they refused to accept the conventional wisdom that females were intellectually inferior to males and incapable of handling political issues.  Dorothea Lieven used her husband and lovers to get her start in the diplomatic world, but in the final analysis, her brains and charisma earned Dorothea the unique and widely-recognized role of independent diplomat.  Florence Nightingale deplored the waste of women’s brains.  In creating the nursing profession, she gave females, for the first time, an acceptable path to financial independence.  No one thought Anne Stuart would be queen; no one groomed her for the role.  Yet, she proved herself an effective constitutional monarch, a woman well able to navigate the treacherous political shoals of a world dominated by men.
Sarah and Anne had been friends from childhood.  When Anne became queen she appointed Sarah to important posts in her household.  But Sarah wanted more -- to become a political force.  Anne refused to let her meddle in politics.  Sarah’s persistent, rude, and condescending efforts to influence Anne politically, killed the friendship.  Abigail was Anne’s chambermaid and remained in that position despite her husband’s ennoblement.  Anne never considered Abigail a friend.  Abigail also tried to influence Anne politically, but got nowhere because Anne refused to discuss politics with her.  Unlike Sarah, however, Abigail knew when to keep quiet.  That, and Abigail’s ability to nurse the poorly queen, made Anne prefer her company.
Lesbianism  never entered into the equation.  (A deeply religious woman, Anne would never have committed what the Bible at that time considered a sin; Anne enjoyed a very happy marriage; Anne prized loyalty, so it is hard to believe that she would have betrayed her husband.)
Anne applied common sense and knowledge of human nature to governing; and that combination served her country well.  She did not learn from books; Anne learned from life.  Her background, upbringing, youth, and early married years taught Anne valuable lessons; she put them to good use during her twelve year reign.
Anne’s husband, dismissed as stupid by most British historians because he spoke with a strong Danish accent, (not surprising since Prince George of Denmark married Anne at age thirty-one) understood continental politics, and had sound common sense.
Anne and her husband George had an unusually happy marriage.  It was, of course, an arranged marriage but unlike most male royals, George never strayed from the bed he and Anne shared throughout more than twenty years of marriage.  When English couples married, their well-wishers hoped they “would love like the queen and prince.”
George stayed out of politics for the most part, but he provided Anne with sensible advice when she confided in him.  Their domestic happiness was the sole comfort of Anne’s life.
In the era of “Me Too,” when women of all ages and backgrounds are looking for self-fulfillment, Anne is an inspiration.  She shows how a female of average intelligence and no particular beauty but a decent heart, uneducated in government, physically debilitated and emotionally scarred, can still succeed in guiding her country to greatness.
Dismissed, derided, and damned with faint praise for three hundred years, Queen Anne deserves her due.  In the “Me Too” era, it is appropriate to consider the impact she made.
Judith Lissauer Cromwell