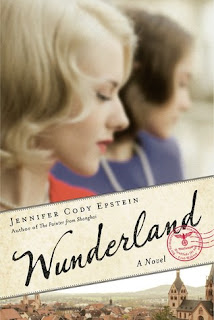 An intimate portrait of a friendship severed by history, and a sweeping saga of wartime, motherhood, and legacy by an award-winning novelist
East Village, 1989
Things had never been easy between Ava Fisher and her estranged mother Ilse. Too many questions hovered between them: Who was Ava's father? Where had Ilse been during the war? Why had she left her only child in a German orphanage during the war's final months? But now Ilse's ashes have arrived from Germany, and with them, a trove of unsent letters addressed to someone else unknown to Ava: Renate Bauer, a childhood friend. As her mother's letters unfurl a dark past, Ava spirals deep into the shocking history of a woman she never truly knew.
Berlin, 1933
As the Nazi party tightens its grip on the city, Ilse and Renate find their friendship under siege--and Ilse's increasing involvement in the Hitler Youth movement leaves them on opposing sides of the gathering storm. Then the Nuremburg Laws force Renate to confront a long-buried past, and a catastrophic betrayal is set in motion...
An unflinching exploration of Nazi Germany and its legacy, Wunderland is a at once a powerful portrait of an unspeakable crime history and a page-turning contemplation of womanhood, wartime, and just how far we might go in order to belong.

It seems lately that there are a bunch of new books in the vein of WWII and female childhood friends. I am a fan of WWII themed stories. While, I did like this book, I did find that it fell flat some with me. This is because for these types of stories to truly work; so that you can appreciate them to the fullest, you have to for that strong emotional connection towards the characters. I experienced a luke warm bond. In fact, it was the past with Ilse and Renate that I was drawn to the most. The present with Ava did not draw me in as much.

To be honest, it did seem that the past was more of the focal point of the book. It is where the story began in the first place. It is not hard to imagine the strain that Ilse and Renate's friendship was stretched living in their time. I don't know if anyone would have done anything differently in Ilse's situation. Overall, I may not have loved this book but I did like it


You can request a copy on Netgalley until June 24.
Jennifer Cody Epstein