And Every Word Is True + Giveaway 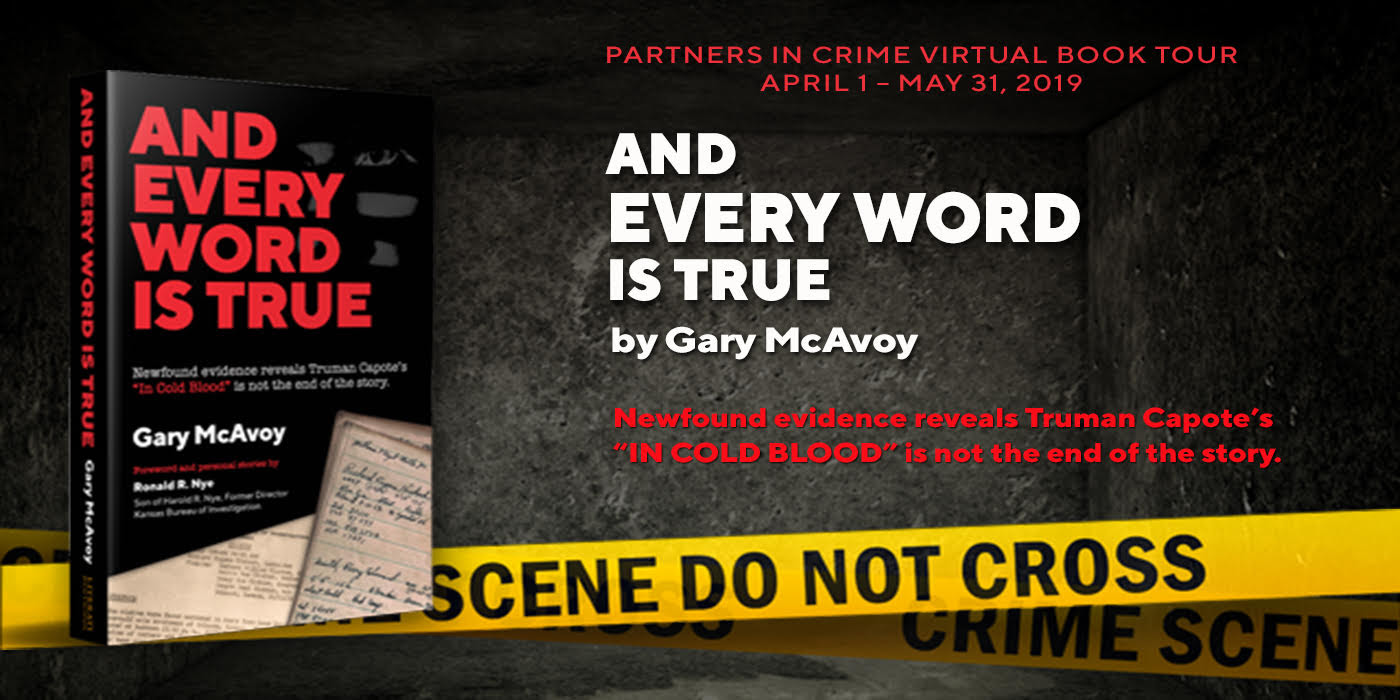 And Every Word Is True Truman Capote’s bestselling book “In Cold Blood” has captivated worldwide audiences for over fifty years. It is a gripping story about the consequences of a trivial robbery gone terribly wrong in a remote village of western Kansas.

But what if robbery was not the motive at all, but something more sinister? And why would the Kansas Bureau of Investigation press the Attorney General to launch a ruthless four-year legal battle to prevent fresh details of the State’s most famous crime from being made public, so many years after the case had been solved?

Based on stunning new details discovered in the personal journals and archives of former KBI Director Harold Nye—and corroborated by letters written by Richard Hickock, one of the killers on Death Row—And Every Word Is True meticulously lays out a vivid and startling new view of the investigation, one that will keep readers on the edge of their seats as they pick up where Capote left off. Even readers new to the story will find themselves drawn into a spellbinding forensic investigation that reads like a thriller, adding new perspectives to the classic tale of an iconic American crime.

Sixty years after news of the 1959 Clutter murders took the world stage, And Every Word Is True pulls back the curtain for a suspenseful encore to the true story of “In Cold Blood.”


And Every Word Is True Book Trailer

I was not even born when this murder took place. Not to mention the book written by Truman Capote. Yet, this does not mean that I can't still appreciate a good true crime novel. Mr. McAvoy did a good job of putting together all of the facts about this case into a well written and intriguing book.

What I was drawn to the most were the actual artifacts from the case that were incorporated into this book. Many pictures, letters, and other items. These artifacts made this book more interactive for me and took my reading experience to the next level. In turn I flew through this book. In other words a very fast read for me. True crime fans will enjoy this book. Gary McAvoy is a veteran technology executive, entrepreneur, and lifelong writer. For several years he was also a literary media escort in Seattle, during which time he worked with hundreds of authors promoting their books—most notably Dr. Jane Goodall, with whom Gary later collaborated on “Harvest for Hope: A Guide to Mindful Eating” (Hachette, 2005).
Gary is also a professional collector of rare literary manuscripts and historical letters and books, a passion that sparked the intriguing discoveries leading up to his latest book, And Every Word Is True (Literati Editions, March 2019), a revealing look at startling new disclosures about the investigation surrounding the 1959 Clutter family murders, heinous crimes chillingly portrayed in Truman Capote's “In Cold Blood.” And Every Word Is True pulls back the curtain for a suspenseful encore to Capote’s classic tale, adding new perspectives to an iconic American crime.

This is a rafflecopter giveaway hosted by Partners in Crime Virtual Book Tours for Gary McAvoy. There will be four (4) giveaway winners. One winner will receive one (1) Amazon.com Gift Card and three (3) winners will receive one (1) print copy of And Every Word Is True by Gary McAvoy (Open to U.S. addresses only). The giveaway begins on April 1, 2019 and runs through June 2, 2019. Void where prohibited.