The Christmas Carol Murders is a nice, cozy murder mystery. 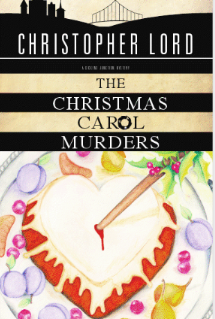 Everyone in Dickens Junction is gearing up for Christmas.


Zach Benjamin works as a reporter for the magazine, Rainbows. He is in town to write about Dickens Junction. Mervin Roark is the owner of Mervin Enterprises. He is interested in purchasing property in Dickens Junction. Some people are not interested in selling. Mervin has pissed off several people with his bully tactics but who did he piss off enough to want to murder him?

The Christmas Carol Murders reminded me some of author, Gail Fraser’s Lumby series. With some of the nutty characters and the town. It made for a fun read. However, it did take be a while to get into this book in the beginning. Also, I felt like the writing was simple in a way. Not that I don’t like simple but sometimes, especially when it comes to a murder mystery, I do want some element of surprise. It felt like the conversations between the characters was simple. Like for example, I don’t really care what the description of the characters are or what they are wearing but my focus is on the murder. It was like when one person would have an idea the next one would run with it. So in this aspect I was not a fan of this book but again, I did enjoy the background of the location. The Christmas Carol Murders is a nice, cozy murder mystery.


A tantalizing cozy murder mystery in the Dickens Junction Series by Christopher Lord.

Christopher Lord was born in Astoria, Oregon. He now lives in Portland with his partner of twenty years and their Devon Rex, Miss Corey, the inspiration for Simon’s Miss Tox. He is hard at work on future books in the Dickens Junction mystery series.