Greco’s Game will have you wanting more! 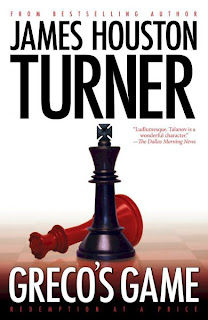 Aleksandr Talanov is recovering from the brutal death of his wife. Before he can find the peace and quiet he so desires, Talanov decides to track down the people responsible for his wife’s death. Talanov gets more then he bargains for when he tangles with both the Russian Mafia and the CIA. Someone wants Talanov out of commission for good but who?


Greco’s Game is book two of the Aleksandr Talanov novels. This book can be read as a stand alone novel. Fans of military themed, action thrillers like Jason Bourne will enjoy this book. This book read really fast and not just because of the short chapters but because of the fast paced action. There was not a moment that I was bored. Talanov is a people person character. What I mean by this is that Talanov is interesting, multi-dimensional and makes me want to know more about him. This is a good thing.

The topic for this book “human trafficking” is a very serious matter and one that people need to be aware of. The way that we treat each other as humans is horrible. Talanov was the right man for the job. He produced results. There were a few twists in this story line. Mr. Turner sucked me into this book. The ending ended on a high note and a nice lead into book three. The ending was good enough that it did make me read the quick preview for book three. I do not usually read the previews for the next book. So what are you waiting for, pick up a copy of Greco’s Game today. Greco’s Game will have you wanting more! 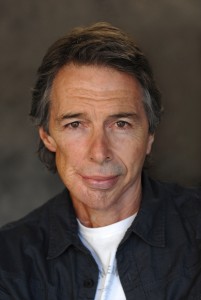 A native of Kansas, James turned to writing fiction as a result of his years as a smuggler behind the old Iron Curtain. He has been on a KGB watchlist, organized secret midnight meetings with informants, located hidden mountain bunkers, and investigated legends of forgotten tunnels buried beneath the cobblestones and bricks of some of Central Europe’s most venerated cathedrals. Department Thirteen, his debut thriller featuring former KGB informant, Colonel Aleksandr Talanov, was inspired by those experiences and went on to win the USA Book News “Best Thriller of 2011″ award, a gold medal in the 2012 Independent Publisher “IPPY” Book Awards (thriller/suspense), and a gold medal in the 2012 Indie Book Awards (action/adventure).

A former journalist in Los Angeles, James holds a Bachelor’s Degree from Baker University and a Master’s Degree from the University of Houston (Clear Lake). His 2011 “Too Ugly Tour” saw him drive 4500 miles across America promoting his books and speaking to thousands of students about not letting the hard knocks of life defeat you, which in his case included years of rejection, surviving cancer, and once being turned down for a customer service job because he was “too ugly” — a reference to the facial scars he still carries from his successful 1991 battle against cancer. He and his wife, Wendy, a former triathlon winner, live in Adelaide, South Australia.

To order a copy of Greco’s Game on Amazon, click here:

To order a copy of Department Thirteen on Amazon, click here:


To order a copy of The Identity Factor on Amazon, click here:

Colonel Aleksandr Talanov — the “ice man” — is married to a woman he wishes he could love. But he can’t, and it’s an ugly consequence of his training with the KGB. Even so, no one should have to experience what Talanov experiences: the brutal murder of his wife in front of his eyes.

Wracked with guilt and suspected of plotting her death, Talanov spirals downward on a path of self-destruction. He should have been killed, not her. He was the one whose violent past would not leave them alone. Months tick by and Talanov hits rock bottom on the mean streets of Los Angeles, where he meets a hooker named Larisa, who drugs and robs him.

But in the seedy world of prostitution and human trafficking ruled by the Russian mafia, this hooker made the big mistake of stealing the ice man’s wallet. In it was Talanov’s sole possession of value: his wedding photo. Talanov tracks Larisa down to get that photo because it reminds him of everything that should have been but never was, and never would be because an assassin’s bullet had mistakenly killed his wife. Or was it a mistake?

The answer lies in Greco’s Game, a chess match played in 1619 that is famous for its Queen sacrifice and checkmate in only eight moves. In an unusual alliance, Talanov and Larisa team up to begin unraveling the mystery of what Talanov’s old KGB chess instructor regarded as the most brilliant example of how to trap and kill an opponent. The question is: who was the target?