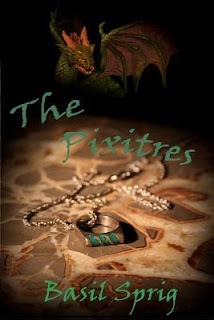 Alley is a fairy. It is Christmas time. Alley decides to test out her powers and make it snow. It is during this time that Alley meets Snezhana, Queen of the Snow Pixies. Alley forgets all about Snezhana and the Pixies.


Alley and her friends are attending Camp Fae for the second time. Alley is excited to join a different group this time That is until she learns about her friend, Trixie's kidnapping. Something is about to go down. Especially when Snezhana appears.

I liked this book.I did not realize at first that it was book two of the Camp Fae books. Having said that, this book can be read as a stand alone novel. I thought it had a good main character in Alley. I could see a lot of the young adult readers connecting with Alley. She is adventurous, a leader, a good friend, and has a quick mind. While, I did like Alley, I would have liked to have gotten to know her better and where she got her powers from. This is what I did miss by not reading book one.

One thing that I did really enjoy about this book was Alley using her powers and all the magical creatures and lands. This is just what I would expect from book two. For the main character in a fantasy novel who has any sort of powers or special abilities to show case them and use them. On the down side, it started out good but then it faltered a bit after the first several chapters I found myself having trouble getting into the story but as the story progressed, it got better. This series is worth checking out.