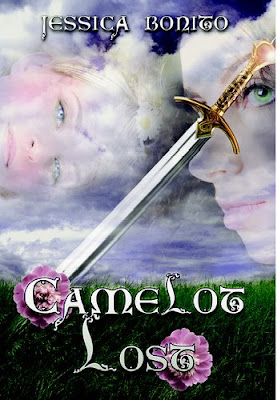 I want to thank author Jessica McHugh for sending me a copy of her book to review.

This story begins, after Britain has been defeated and the country has lost its one true king...King Pendragon. He did leave heirs but they are very young. Unfortunately this are just not strong enough to stake their claim for the throne. The throne ends up falling into the hands of King Vortigern of Kent. It is now a battle for ultimate power. This war will pit brother against sister and father against son.

The idea that Camelot Lost was built on expanding on the story of Camelot and what happened next has great appeal. While I liked what Ms. Bonito did with this medieval novel, I found that the plot had some good elements to it but the characters didn't really draw me in as much as I hoped they would. I did find some of them interesting. For this reason, I found myself kind of stumbling though the book.

On the other hand Ms. Jessica did show that she has some good talent as an writer of medieval fiction. I think she will do alright in this type of genre. I believe she really enjoys what she writes and it shows. Camelot Lost is a little darker and the characters more sinister than you would expect. I did enjoy that as this was a nice surprise. While Camelot Lost may have been a little lost on me, it is still an ok novel.
Jessica McHugh