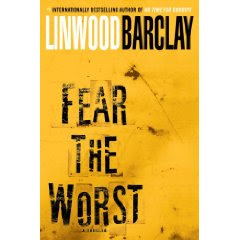 Tim Blake is divorced. He is looking forward to spending the summer with his seventeen year old daughter, Sydney. This year through she won’t be working at the car dealership that he works at. Sydney found herself a job working at the Just In Time hotel, which caters to traveling business men.

When Sydney doesn’t come home, Tim heads to the hotel only to learn his worst nightmare has just begun. Sydney has gone missing, without a trace. It is as if she never existed. The hotel staff tells Tim that no one by the name of Sydney has ever worked at the hotel before. Also, Sydney’s friends say Sydney was acting odd but they didn’t know why. Soon Tim is on the hunt to locate his daughter. All clues point to a dark and dangerous world of deception and lies. What did Sydney get herself into and what happened to her? These are all questions that Tim will try to find answers to in Fear the Worst.

From the first page till the last one, you will be sitting on the edge of your seat with breathless anticipation. Tim is just a normal father, who loves his daughter dearly. He draws from such strong emotions of fear, anger, and loss that you can’t help but feel for him. He carries this story all the way through. I have to admit that Fear the Worst is the first novel I have read by this very talented author, Linwood Barclay. After completing this book, all I am wondering now is why it took me so long to check Mr. Barclay’s work out. Well I won’t make that mistake again.
Linwood Barclay