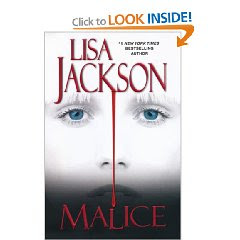 Detective Rick Bentz has come out of his coma and is back at home now, after being stuck by a tree in the prior novel Lost Souls. Something isn't right about Rick. He has changed. He says that while in the hospital that he was visited by his ex-wife, Jennifer. The funny thing is that Jennifer died twelve years ago. She committed suicide and drive her car straight into a tree.

Detective Montoya hands a package to Rick. It was delivered to Rick at the police station. Inside the package are some photographs of Jennifer and a death certificate. The photos are recent. It seems someone is sending Rick a message that Jennifer is alive. The postmark on the package is from California. Even though Rick knows someone is playing a sick joke on him, he still heads out for California.

Rick starts to see Jennifer everywhere. Also, two twin twenty-one year old girls are murdered. Murders are nothing new but the thing about this murder is that is similar to the last case Rick ever worked while in California. That case was never solved.

Olivia is worried that Rick is chasing ghosts and nothing good will come of it. Plus she has something she wants to tell Rick and it is eating her up inside with guilt.

I liked that this story picked right up from Lost Souls. In Malice, the premise of the story line was that Detective Bentz receives a package what contents that made him think his ex-wife Jennifer is alive. What I enjoyed was that I got to know a little more about Detective Bentz and his past. Also a different location was refreshing from New Orleans to California. The pace of this book reads pretty fast. Lisa Jackson once again proves why I like reading her books.
Lisa Jackson