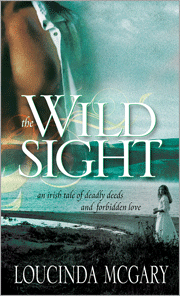 I want to thank Danielle with http://www.sourcebooks.com/ for sending me this book to review.

Donovan O’Shea has gone back home to Ireland, to visit his father. His father has had a stroke. Once in Ireland, Donovan meets Rylie Powell. Donovan can’t believe such a beautiful woman would come to pay him a visit, to Donovan’s much surprise, Rylie has not come to see Donovan but instead Donovan’s father. Rylie is claiming that Donovan and Rylie are half brother and sister. Donovan fully believes that Rylie is making this up and can prove it. Rylie comes from America and Donovan knows for a fact that his father has never been to the States before; that was till Rylie shares something with Donovan that could change both of their lives forever.

The Bookworm said…
This sounds soo good, I always like when romances are set in Ireland.
I want to visit someday too :)
http://thebookworm07.blogspot.com/
October 28, 2008 at 2:55 PM

darbyscloset said…
This sounds really good....I'd love to go to Ireland someday, yet for now books are my ride there...
Darby
darbyscloset at yahoo dot com
October 29, 2008 at 12:10 PM