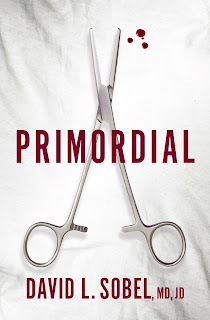 PRIMORDIAL by David Sobel, is a Crichton-like thriller that centers on the plights of two scientists separated by decades and borders but united in their obsessive quest for the physical location of the soul. Jonas, a hospital attorney, begins to suspect that someone is targeting patients in his NYC hospital. With the help of two residents, his search for answers will bring him face to face with a killer.

Thought-provoking, both scientifically and ethically, PRIMORDIAL is a story that spans decades of medical and legal mystery, history and suspense. It will transport readers to a Nazi medical laboratory in World War II, then back to present day New York City where an unlikely trio, Jonas the experienced hospital lawyer, “Early” the quirky urology resident, and Rachel, the wickedly smart neurosurgery resident, struggle to piece together a series of unexplained killings. Debut author Dr. Sobel weaves his medical expertise and extensive historical research in a twisted tangle of secrets that will keep readers on the edge of their seats.

My Review
Dr. Sobel pens a good medical thriller. Being a doctor in the medical field does really help as his experience and knowledge really helps with the storyline. Another thing I did like about the book is that there was not big medical terms or such used in the story. So, readers don't have to figure out what is being said.
Jonas is likable as well as relatable. I was rooting for him. In regards, to the other characters in this story, they were fine but most of them I did not form a strong connection with. Thus part of my feels towards this book. The other issue I had was the pacing of the story. It was an ebb and flow.
In the beginning, I was hooked. Then my attention kind of waived for a bit with the slower pacing but did start going back up as the story was building. It did this a few more times throughout the story. The last third of the story did pick up and my attention was there until the end. Which was a good ending. I would read another book by Dr. Sobel. 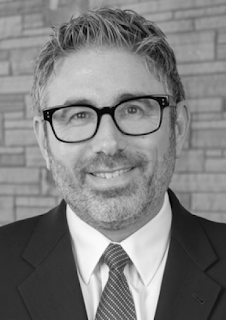 David Sobel, M.D. is a board-certified practicing urologist who specializes in sexual medicine and is a faculty member at the University of Colorado. He has over 21 years of experience and graduated from the University of Illinois at Chicago College of Medicine. Prior to becoming a physician, he was a corporate lawyer with Paul, Weiss, Rifkind, Wharton & Garrison in NYC. Dr. Sobel is also a founder of Emmi Solutions, a company that creates education modules that assist patients with their medical care. He lives in Denver with his wife and two children. 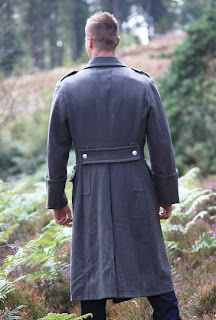 He stood, perfectly still, within the one-meter square sentry post that was positioned just inside the back gate of the Seelentor concentration camp. The post was a tiny glass and wood structure with a small external cut-out that housed a potbelly stove. The stove, on this bitter February night, poured molten heat into the structure. Rudy’s breath, exhaled in the long drawl of the bored and tired, condensed on the front pane of glass, obscuring his view. He was just able to discern the shadowy outline of the SS-Schutze—the private—who had occupied the post before Rudy came looking for a reprieve from the cold. He smiled at the thought of a sentry post with a frosted view and of the private, hunched and angry, pacing in the cold. Not much to see anyway, he thought to himself, returning to his slow, metered breathing. Rudy was in a corner of Poland—forgotten, miserable, stoic, and sweating. God, was he sweating.

Rudy’s wool uniform, the severe black of the SS, was plastered to his body. Each movement was a sticky uncomfortableness. The commander of the camp had called the sentry post the Aufrechten Sarg—the “upright coffin.” And, as horrible as the coffin was, it beat the blistering cold that was just on the other side of the glass. It was early morning. Dawn was approaching and the sun was just tickling the sky, turning the black into a bruised dark blue. The earth felt as if every ounce of heat had been stolen away. A brittle and broken, icicle-white wasteland. His sanctuary was a stifling coffin. Rudy thought of Ishmael and the white whale. And, not uncommon on a lonely, sleepless night, he thought of the hand of fate that had steered him all the way from his childhood in Berlin to this tiny box in this foreign land.