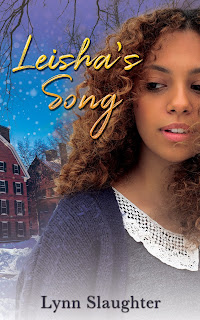 Leisha knows something's wrong. Her beloved vocal coach at boarding school would never have resigned and disappeared like this in the midst of preparing her prize students for a major vocal competition. Leisha's determined to find her, make sure she's okay.Cody, a sensitive cellist, insists on helping her. Sparks fly, clues multiply, and romance blossoms, despite the disapproval of their families.Leisha's desire to be with Cody and pursue music rather than medicine puts her on a direct collision course with her African-American grandfather, the only parent she's ever had. But an even more immediate threat looms-because as Leisha draws closer to the truth about her teacher's disappearance, she puts her own life in grave danger.

I liked this book. I found the mystery aspect to be mild like a cozy mystery. In fact, I kind of got Nancy Drew vibes while reading this book with Leisha as Nancy Drew and Cody as Nancy Drew's boyfriend, Ned.

This book is a nice one. While, I did like it I felt like it can be better appreciated by the younger reader audience. Just because I think the younger readers will relate to Leisha and Cody better. At times I felt like the pacing of the story did move slowly and I did skim ahead some to rush the story along. The latter third of the story is where the pacing picked up and the mystery was solved. Overall, this was a good read.