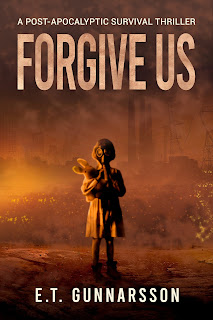 In this page-turning post-apocalyptic thriller, the fight for survival is tantamount as characters dodge mutant creatures, armed militant groups and earth-scouring Doomstorms

Set nearly 100 years into the future, the earth has been decimated by pollution and civilization has fallen into ruin. The war between nature and humanity has no winner. Humanity's drive for energy and technology was its downfall. In this polluted world, survivors fight on and endure the world destroyed by their ancestors. From what was left, they will rebuild and struggle to make a better place for their descendants.

2099: Oliver: A lone survivor, raising civilization from the ashes.

Together they may be the last hope for humanity.

A compelling and action-packed novel where nothing less than humanity is at stake. For those who have read The Gunslinger and Mad Max, Forgive Us presents a similar ride that spans three generations of a destroyed earth.

As a fan of post apocalyptic I really enjoyed this book. It was a fairly quick read for me. There are three simultaneous storylines transpiring throughout this book in three different time periods. The format of the book was done nicely as it could have gotten very confusing to keep the three storylines straight. Each chapter alternates between the three storylines. Luckily, never changing the order that they appear.

My favorite was 2184 with Simon. It was more modern in the events but it seemed to move and have things happen a bit faster as well. Yet, the other two time periods were good as well. I could get a visual in my head of what everyone looked like and sounded like as well as the environment.

I could see this book being produced into a television series that would do really well. Readers of all ages could relate and like this book from the ya readers to the adult readers. 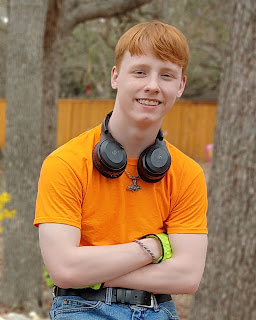 E.T. Gunnarsson is an 18-year-old post-apocalyptic thriller author who suffers from dysgraphia and cannot write by hand easily. He grew up on a horse-rescue ranch in the Rocky Mountains of Colorado. He is a home/ online schooler and will soon pursue college online.

He is a purple belt in Brazilian Jiu-Jitsu, a brown belt in Judo, and trained with the Judo and Grecco-Roman Wrestling Olympic teams at the Olympic Training Center in Colorado Springs. Knowledgeable in Norse mythology and religion (he writes in Futhark!), he manages an online community for Norse pagans. Forgive Us is his first book. Abandon Us, the prequel to Forgive Us, is scheduled for release early 2022.