In this second installment of The Admiralty Archives, the warrior Lady Alexin, the Keeper of the Keys for the Elf realm of Eledon, finds herself exiled to the harsh world of near-future London. Rendered little more than a political pawn by the Elfin Council of Elders to avoid a war with the Rock Elves, she has little choice but to struggle to find her way in this strange new land. Taken under the protection of kindly mentors, Vice Admiral Malcolm Teller of the British Royal Navy and his wife, Alex brings all her skills to the fore as she uncovers a series of deadly plots.

Murder is on everyone’s mind as an underground White Supremacist organization takes aim at Admiral Teller while two wizards, resurrected from death, must kill Alex in order to survive. To make matters worse, the Rock Elves dispatch a hundred assassins from Eledon with their sole mission to bring Lady Alexin to the very… Edge of Death.


This is the second book in this series. You really should read book one as these books are meant to be read in chronological order. Unlike the first book, this one is where the action is at. Within the first several chapters, Alex and The Colonel are getting shot at by some assassins. Yet, they are not the only ones that Alex has to deal with. There is the matter of Hades. Yes, that man aka God. Alex is the great-granddaughter of Hyperion, the missing Titan from the War of the Titans. Hades has learned this history lesson and is now after Alex. Alex will have to use her powers if she wants to live.

Readers will enjoy this next installment in the Admiralty Archives series. It will take readers on an grand adventure filled with excitement, action, engaging characters, and a good storyline. Ms. Parker is here to stay as a fantasy writer. I know that I have enjoyed reading every book thus far and that is about five to six books. 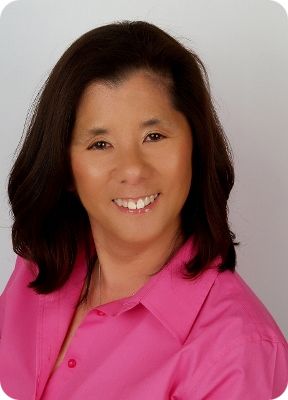 Fantasy novels are Joni Parker’s writing passion. Thus far, she’s written two complete series:“The Seaward Isle Saga,” a trilogy, and “The Chronicles of Eledon,” the award-winning four-book series. Her latest series, “The Admiralty Archives,” began with the publication of her book, “Curse of the Sea” and continues with the second book in that series, “Edge of Death.” Her work extends beyond novels into short stories and blog articles. Joni’s retired from military and federal government service and devotes her time to writing. She currently resides in Tucson, Arizona.

Alex had never felt so alone in her entire life. She stared blankly out the window of the limousine she shared with Admiral Teller and his staff. Her eyes focused on her reflection as a tear escaped down her cheek. She swiped it away. It wasn’t that she didn’t feel grateful for their help and support, but her heart ached—she wanted to go home…to Eledon…to her Elf grandparents…to her job as the Keeper of the Keys…not to London.
Alex’s mortal father had died when she was four and she’d been raised by mortals until she turned fifteen. She thought she’d have a better understanding of life here on Earth, but she didn’t. She even missed the snooty Council of Elders and the grumpy Chamber Elf. Helping those mortals had been the worst decision she’d ever made. Over seven hundred sailors on five ships had been stranded in Eledon and she’d returned them safely. She brushed away another tear and looked around. Good, no one’s looking at me. She turned back to the window.

An unusual sound caught her attention and she gazed out the sunroof of the black limousine. It was a helicopter. Or a chopper. A helo—whatever they called it. Alex leaned her head back and sighed. What was it doing here? It wasn’t part of the motorcade. Over the past few weeks, she’d seen a lot of them flying in and out of Portsmouth’s Royal Naval Base in southern England. The Royal Marines had told her about them. This one hovered way too close. The pilots smiled and waved at her, so she waved back. Friendly, she thought, at first. But why were they wearing sunglasses on a cloudy day? Her instincts told her something wasn’t right. Who were these men? Assassins? Why were they waving at me? The hairs on the back of her neck rose as she thought of the worst-case scenario. The helo was going to attack them.
She nudged Leftenant Nelson of the British Royal Navy—the red-haired, fair-skinned man raised his chin, but his eyes remained fixed on the screen of his mobile. He played a video game to pass the time.
“Wait.” The young officer pushed the buttons with his thumbs and stared intensely at the small screen. The car crashed and the game ended. “Damn it!” He shook his fist and gritted his teeth. “I can’t get past this level. What in the bloody hell do you want?” He pulled his ear buds out and turned sharply; his eyes narrowed—his anger still prevailing.
“Sorry, but why is that helicopter flying so low?” Alex pointed up. She had learned one thing about the mortal world—it could be dangerous here.
“It’s just a traffic helicopter, looking for accidents on the highway.”
“So why are those men wearing sunglasses? It’s cloudy out.”
“They’re pilots—they think it makes them look cool.” He waved his hand dismissively and went back to his game.
“Good.” Alex felt relieved. Her instincts were wrong. No need to worry. This was normal. Since that night she was supposed to return home to Eledon, but couldn’t, she wasn’t quite sure what was normal and what wasn’t here in the mortal world. She relived the scene, repeating in her head on an endless loop and clenched her jaw. Lord Fissure of the Rock Elves had threatened to kill her grandfather if she tried to return home—and the sneer on his face told her that he’d won.
Sitting across from her was Vice Admiral Sir Malcolm Teller. He was a kind man, but he was a mortal…and a target. She’d already foiled three assassination attempts on him. He was targeted by a white supremacist group called the 23rd Infantry, just because he was a black man. It didn’t make sense to her. Over the past few weeks, he’d also become her mentor and benefactor and promised to help her find a way home. But how? He didn’t know anything about the Elf world. Were there more entry points somewhere? Even she didn’t know—she was stranded. No, exiled.
Next to him on a laptop computer was Captain Jonas, a brilliant naval officer and the Admiral’s chief of staff, who always looked at her with suspicion. Was there any way to convince him I wasn’t a scout for an alien invasion? She doubted it. He was a stubborn man.
Over the past few weeks, the Admiral had taken charge of the return of the sailors, the ships, and the civilians who’d been stranded in Eledon, while she’d made friends with Captain Shauna O’Leary, Royal Marines. Alex worked out with the Marines on a daily basis and learned a lot about the mortal world from them. This morning, however, she was notified the Admiral had completed his task and would be leaving for London in an hour. She would have liked more time—she barely had a chance to say farewell to Shauna. But she packed quickly and got to the limousine before anyone else.
Alex had no clue what to do next, but she felt an urgent need to get back to Eledon to protect her grandfather from those Rock Elves, especially Lord Fissure. Until she figured out how, the Admiral had offered to let her stay with him and his wife. Without any other option, she agreed.
Her best hope of getting home was to find Ecstasy, the wizard. He’d brought her to the mortal world in the first place, but even Detective Inspector Tyler of Scotland Yard couldn’t find him. So, how could she?

Book Feature at As the Page Turns

Book Feature at I’m All About Books

A WEDDING IN DECEMBER Author: Sarah Morgan ISBN: 9781335147271 Publication Date: 9/24/2019 Publisher: HQN Books Book Summary: This funny, charming and heartwarming new Christmas novel is USA TODAY bestselling author Sarah Morgan at her festive best! In the snowy perfection of Aspen, the White family gathers for youngest daughter Rosie’s whirlwind Christmas wedding. First to arrive are the bride’s parents, Maggie and Nick. Their daughter’s marriage is a milestone they are determined to celebrate wholeheartedly, but they are hiding a huge secret of their own: they are on the brink of divorce. After living apart for the last six months, the last thing they need is to be trapped together in an irresistibly romantic winter wonderland. Rosie’s older sister, Katie, is also dreading the wedding. Worried that impulsive, sweet-hearted Rosie is making a mistake, Katie is determined to save her sister from herself! If only the irritatingly good-looking best man, Jordan, would stop interferin
Read more