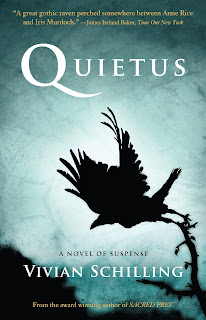 On a stormy winter night, a small plane bound for Boston goes down in the treacherous White Mountains of New Hampshire. Through a haze of morphine, Kylie O’Rourke awakens in the hospital to confused and harrowing memories of the crash. Though trapped within the wreckage with her husband, she recalls wandering the icy mountainside and speaking with the other passengers, including one who had died on impact. As the bizarre aftermath becomes sharper in her mind, it appears more ominous, along with the unshakable feeling that her survival somehow defied fate. Reassured by her doctor that the disturbing memories had been caused by her sedation, Kylie returns to her life in Boston, but the aftermath of the tragedy proves unbearable. As her husband slips away from her into his own world of survivor's guilt and deceit, Kylie is seized by a growing paranoia that someone is stalking her every move. In her nightmares, the predator is a specter crossing over from the mountaintop to reclaim her. Then a sudden and freakish tragedy sends Kylie's world toppling. While those around her fear she is losing her mind, she finds herself caught up in a chain of events she cannot escape.

Raising provocative questions about fate, mortality and what lies beyond, QUIETUS takes the reader to the brink of reason, to the edge where spiritual and physical meet, building with frenetic momentum to its shocking and haunting climax.

I truly enjoyed the experience I had reading this book. From the beginning to the end I was transported into the story. My attention was there every step of the way. Kylie became more and more intriguing as the story progressed. As did the mysterious man that was haunting Kylie in her life. Who was he? What was his connection to Kylie? Was he good or a sign of death?

I read a comment by another reader who mentioned Final Destination movies. Yeah, I kind of saw a bit of a reference to the movies but to me this book was more then the movies. It was not trying to be a knock off. It is kind of funny as I would be complaining about how subtle actions or other events were in a book but with this one it worked. It was kind of poetic the way that there was nothing too bold about the story. It just flowed. Plus, there was an underlining message within the story. Fans of gothic stories may want to check out this book.

Purchase a copy on Amazon. 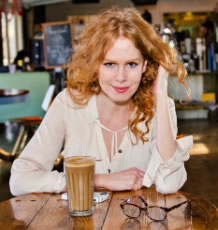 Vivian Schilling is the award-winning author of the novels Quietus and Sacred Prey, as well as a screenwriter, producer and director of independent films. She recently completed work as co-writer and producer of the documentary "Bonobos: Back to the Wild" and is currently at work on her third novel. She divides her time between Los Angeles and the Ozark Mountains where she often retreats to her cabin in the wilderness to write.
Vivian Schilling