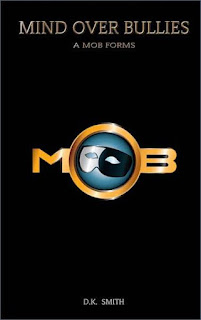 People that feel bullied just need to toughen up. That’s what Margo Rios used to think. Margo is pretty, popular and unsympathetic to just how intense bullying can get. As a counterfeiting plot sweeps through the city of Oak View however, life for Margo changes dramatically.

With the mystery unfolding, an unlikely group of heroes emerges. Bullied teens love them, the police hate them and bullies fear them. Together they will try to get to the bottom of the counterfeiting mystery while ingeniously teaching a few bullies a lesson or two along the way… that is, if the police don’t catch them first.

“Mind Over Bullies: A MOB Forms” follows the lives of several teens chronicling the emotional and psychological changes they experience as a result of their encounters with bullying. The lives of the characters play out while an elaborate counterfeiting mystery unfolds making for a fast paced, action-packed read.

I was not in love with this book but I did like it. The message that the author made about anti-bulling was good. I like how he turned it into a positive by incorporating the fun superhero aspect into this book. However I could not find myself attaching to any one character. I tried and even thought that Margo would be that leading lady for me but no such luck. Which I read that the author wanted to feature many different races of characters and genders so that people could relate. Again I did not relate but to see so many different unique characters featured in one book had both good and bad effects for me. Good because of the different diversity but bad because there were so many characters to try to remember and connect with. Sometimes less is more.

The superhero counterfit ring operation part of this book was cool. Quite an operation that has a few surprises. The ending did leave a nice lead into the next book. 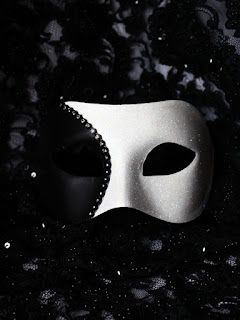 A 38 year old native of Los Angeles, Mr. Smith began his writing career after getting news that he would soon become an uncle. Wanting to create stories and characters for his expected niece, he created the children’s book series “Sock n Boots Adventures.” The two characters (three year old Sock and five year old Boots) began to make names for themselves, generating downloads in countries around the world.

When asked about his motivation to tackle the subject of bullying in a 108,000 word novel Smith said, “One day I came across a story in the news about a young girl that jumped in front of a subway train after weeks of bullying. As I investigated further, I was shocked at the number of similar stories I encountered. Bullycide, the news was calling it. I thought, wow, what if these young people had been shown that the pain of bullying can be handled without hurting themselves or someone else.”

Ultimately it was thoughts of his now four nieces and three nephews dealing with bullying as they get older that weighed heavily on the decision for Smith to write the story about bullying. “I recognize that the characters and situations in the book may not represent every bullying situation and that realistically the book won’t change the world, but I do sincerely hope that it sends a subtle message about there being life after bullying. We’ll just have to see how the public receives it,” Smith said.

A lover of mystery and espionage stories, Smith is a fan of everything James Bond. A favorite scenario is to see a character in an impossible situation get out of it at the last second or have the odds against them and see he or she turn the tables. Acting on the love of espionage and mystery, Smith has a new novel in the works centering on a James Bond-type character of his own creation.

About five years ago. I was 33 years old. It’s never too late to start.

I like to say that I am a multi-genre writer. Mind Over Bullies is YA, but I will be releasing a sci-fi thriller and then there is an espionage spy novel that I am currently working on. I think a storyteller tells stories and lets the story define the genre, not the other way around.

My mother asked me the same question. My answer is that I let the character’s dictate the story. Each character has their own personality, so when an event happens in the story, I try to visualize how each character would naturally respond to what just happened based on their personality traits. That creates a natural flow to the action I say.
For example, if a character loses someone are they inclined to become sad or angry? Are they already dealing with another unrelated issue in the story? How will their feelings about their loss affect how they deal with their other circumstances? I ask myself questions like that, and it leads the story in all sorts of directions as I begin to write.
I try to stay true to that process even when a character develops new personality traits in the story. I think the main character in Mind Over Bullies is a good example of that.

No. Like I said earlier, I try to let the character’s reactions lead the story. It’s almost like they’re talking to me. When they stop talking, I stop writing. Some people call that writer’s block, but I like to place the blame on the characters. When the thoughts stop flowing that’s when I stop writing, and not a moment sooner.

I try to visualize the story as I am writing. As things evolve, I take on the role of a director and try to develop the scenes in a way that I think is exciting. I try to create scenes that I would like to see in a movie. That keeps me excited throughout the writing process.

Yes. I want to thank everyone that has shown interest in Mind Over Bullies. I appreciate the readers and look forward to hearing and reading their thoughts.
a Rafflecopter giveaway
D K Smith

Thank you for taking the time to review Mind Over Bullies. Please feel free to contact the publishing company at info@khamicom.com with any helpful suggestions for the sequel.

Also, if you would like a copy of a recent radio interview I did, please email for that as well.

I greatly appreciate your feedback.

Have a great day.