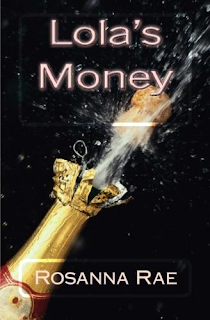 Lola French is stunned when she wins millions on the Lottery, and she is sure all her dreams are about to come true. However, right from the start, before she even claims her winnings, things begin to change and she separates abruptly and acrimoniously from the man she has been living with.

Lola’s colleagues are initially pleased for her, but eventually begin to resent her new status. One of them, Tom, whom she really likes, asks her out; but he does it on the day that news of her win spreads through the office and she sadly turns him down. She decides to leave her job as a Financial Adviser in Edinburgh and explore the limitless possibilities of her new lifestyle.

When Lola and her mother excitedly set off on a Mediterranean cruise, it’s not long before they both meet men they are interested in. However, their holiday of a lifetime catapults them into a life-changing sequence of dramatic and terrifying events that neither of them will ever forget. When she has to return to reality, Lola unexpectedly finds herself involved with Tom again! But the storm clouds are looming overhead, and as the recent past catches up with her and forces her to confront violence and danger once more, Lola risks losing Tom forever. 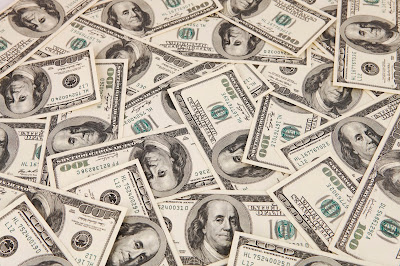 Rosanna Rae is a new to me author. I found this book to be a sweet, charming, quick read. I was glad that someone like Lola won the lottery jackpot. She was an ordinary person like me. However there were times when I found her behavior and the way that she kept doubting herself and just not listening to her instincts to be annoying. Like the many times that Lola had reservations about some of the people and situations she encountered yet she would speak about them and still do it anyways. Then talk some more about how she was unsure of the situation.

The other events that took place in this book were not big dramatic events. Plus they happened very quickly. So there was no high levels of excitement. In addition, the romance was mild. However, overall, did have a good Saturday afternoon reading this book.
About the author:

Rosanna Rae is married with three grown-up sons and lives in Livingston, Scotland. She has a B.A. (Open) in Social Science subjects and also took a writing course with The Writers Bureau some years ago. She spent 16 years at home raising her family and then returned to full-time secretarial employment in Edinburgh.

Rosanna has wanted to write fiction since she was ten years of age, after reading an abridged version of Charlotte Bronte's Jane Eyre. She is delighted to be now fulfilling that early ambition.

'Lola's Money' is the author's fifth novel; she is currently writing her sixth book.

Q. What is the last great book you’ve read?


A. I recently read Dan Brown’s novel ‘Digital Fortress’, which I really enjoyed. I have read several rather scathing reviews of this work. It has been slated as being poorly written and unrealistic. I generally like realistic stories, but this is not meant to be realistic or scientifically correct. It is science fiction. I found it interesting, thought-provoking and above all, difficult to put down! It’s fast-paced and dramatic, although slightly unbelievable at times. I believe it was his debut novel. His writing skills have obviously improved since then, but I actually enjoyed it more than his later Robert Langdon novels, although I enjoyed those, too.


Q. If you were stuck on a desert island, which three books would you want with you?


A. If I were stuck on a desert island, I would want to have three books with me which I haven’t read before! One would be by Nora Roberts, one by Angela Marsons and one by Jeffrey Archer. They all write very well and in different genres, and I think the variety would be very welcome in a situation like that!
Q. Do you write every day?
A. I don’t write every day. In fact, I quite often have long spells when I’m busy getting on with other things, like decorating the house; and sometimes I want to give some thought to the next section of my story, and I’m trying to decide how to start it – or how to finish it. I’m lucky enough to be a freelance writer, so I don’t have to work to deadlines or produce the finished article within a certain time. I try not to leave it too long in between writing sessions, though, because the longer you are away from it, the harder it is to get back into it again. You start to put it off and that can become a habit.
Q. Do you ever get writer’s block? What helps you overcome it?

Q. What is your next project?
A. I am currently working on my sixth novel. It’s called ‘Hazel’s Home’ and is about a young woman who works as a copy writer within an advertising company. She lives in Scotland but travels to New York to present some of her work to the boss of the company. They fall madly in love with each other. The problem is that he wants her to stay and live with him in Manhattan and she wants very much to go back home. She has a great many trials and tribulations to face and a substantial learning curve ahead of her before her problems can be resolved.
Q. If there is one thing you want readers to remember about you, what would it be?
A. I wouldn’t particularly want readers to remember anything about me personally; the thing that would please me most is if there was an event or a character in one of my novels that stayed with them and that they found memorable or helpful. I know that people are often interested in writers and the writing process, but to me it is the books that are important – they’ll still be around long after I’m gone. If some readers remember things contained in them, then that would make me very happy.

Rosanna Rae said…
Thanks for your review comments, Cheryl. I'll try to make my next heroine a bit less annoying!
August 26, 2015 at 8:01 AM