HUNTER: Book 2 of Guy Erma & The Son of Empire 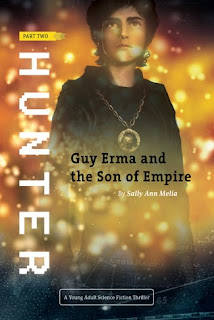 13-year-old Teodor was taken by the vicious Battle Borgs of Dome and now he must fight to survive.

13-year-old Guy Erma has been offered a chance to fight for his place in the Dome Elite. Only who will be his opponent? Will he face a Battle Borg of Dome?

Once they were heroes. These men died as heroes in battle. Now they have been reincarnated as the fearsome vanguard of the Dome Elite. They are the Battle Borgs of Dome

Two boys as different as any two boys might be. They face the same enemy, the same danger, the same fear -dare they trust each other?

Hunter, part 2 of Guy Erma and the Son of Empire should be read after you have read part 1, Kidnap. There is really no back story to get you caught up to everything that happened in part 1. Plus, you will enjoy this story and the characters better if you read part 1 first.

I have to say that part 2 is where all of the action is at. I had such an enjoyable time reading part 2. Teodor and Guy made a good team. Each one brought something to the story. Guy has grown and matured since part 1. He is turning into quite the warrior. Than there is Teodor. He may be young but he has the smarts and leadership skills of an adult. So as I said, Teodor and Guy make a good team. This is a really great thing as the Borg are a mean and forceable enemy. There is also deception to be found in this story. That is all I am going to say as I don't want to give anything away. The only other thing that I will say is that the ending of this part of the story leaves me with excitement for the third part. I can not wait to see how Guy and Teodor find themselves out of their current situation and how this whole story ends.


Where to buy the book:
Amazon 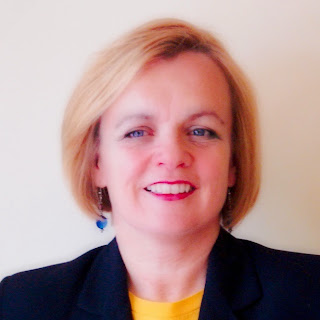 A WEDDING IN DECEMBER Author: Sarah Morgan ISBN: 9781335147271 Publication Date: 9/24/2019 Publisher: HQN Books Book Summary: This funny, charming and heartwarming new Christmas novel is USA TODAY bestselling author Sarah Morgan at her festive best! In the snowy perfection of Aspen, the White family gathers for youngest daughter Rosie’s whirlwind Christmas wedding. First to arrive are the bride’s parents, Maggie and Nick. Their daughter’s marriage is a milestone they are determined to celebrate wholeheartedly, but they are hiding a huge secret of their own: they are on the brink of divorce. After living apart for the last six months, the last thing they need is to be trapped together in an irresistibly romantic winter wonderland. Rosie’s older sister, Katie, is also dreading the wedding. Worried that impulsive, sweet-hearted Rosie is making a mistake, Katie is determined to save her sister from herself! If only the irritatingly good-looking best man, Jordan, would stop interferin
Read more