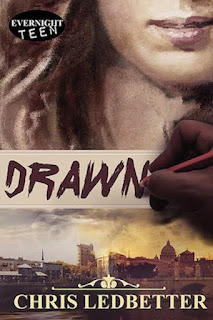 
Where to buy the book:
Amazon
Amazon Italy

Caught between the sweltering fall landscape of Wilmington, NC beaches and southern illusions and expectations, all sixteen year-old Cameron Shade thinks about is art. That, and for Farrah Spangled to view him as more than just a friend. Cameron longs to win her heart through art.

After several warm interactions with Farrah, including painting together at the beach, Cameron discovers just how complex Farrah’s life is with her boyfriend and her family. Following a tense run-in with Farrah’s father, she forbids Cameron to ever speak to her again, but Cameron’s convinced there’s more behind the request.

To impress Farrah with a last-ditch effort, Cameron sketches her portrait. But the sketchbook he uses hides a dark secret. Farrah’s now in grave danger because the sketch he drew of her siphons her real-life’s soul into the sketchbook. Cameron now has twenty days to extract Farrah. To save her, he must draw himself into the book.

If he fails… they both die.

Cameron is an artist. He has a crush on Farrah. He would like Farrah to be his next portrait subject matter. Farrah would be his Rose to his Jack Dawson from Titanic. Cameron's close friend and artist dies. Yet, he sends Cameron a sketchbook with just one warning to draw things and not people. Cameron does not heed this warning. He draws Farrah's portrait in the book. The most extraordinary thing happens next, her portrait comes alive. She tells Cameron that she resides in another realm called Terra Sempre. Terra Sempre is a form of Hell. If Cameron can not find a way to save Farrah in time than her soul will be lost forever.

At first I was not that excited about this book. Although I did think it had promise. I felt that Cameron was too much of a nice guy and reserved within himself. Farrah did not intrigue me and she made me wonder what Cameron saw in her. Yet, as the story went on and I got to about chapter 15/16, this is when the story really picked up for me and I was than in for the long ride. The way that Cameron and Farrah navigated through Terra Sempre was vivid and  not a place that I would want to be stuck in. I like the way the author turned this story into more than just about drawing. Also, there was lots of action in the way that Cameron fought to save Farrah. 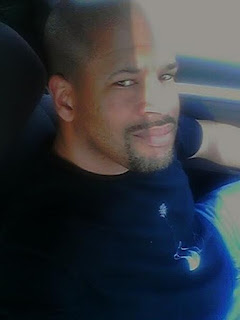 Chris Ledbetter grew up in Durham, NC before moving to Charlottesville, VA in 11th grade. After high school, he attended Hampton University where he promptly "walked-on" to the best drum line in the CIAA. And, without any prior percussion experience. He carried the bass drum for four years, something his back is not very happy about now.

After a change of heart and major, he enrolled in Old Dominion University and earned his degree in Business Administration. He's worked in various managerial and marketing capacities throughout his life. While teaching high school for six years in Culpeper, VA, he taught business management, business law, marketing, and sports marketing, and also coached football.

He has walked the streets of Los Angeles and New York City, waded in the waters of the Atlantic and Pacific oceans, and climbed Diamond Head crater on Hawaii and rang in the New Year in Tokyo, Japan. But he dreams of one day visiting Greece and Italy.

He's a proud member of SCBWI (Society of Children's Book Writers and Illustrators) and a strong supporter of the Need for Diverse Books. As a self-described, young reluctant reader, he writes young adult stories specifically to reach other reluctant readers. As a participant in the prestigious Nevada SCBWI Mentor Program, he was blessed to be mentored by Suzanne Morgan Williams, 2012 SCBWI member of the year.