A Talent for Trouble Blog Tour and Giveaway 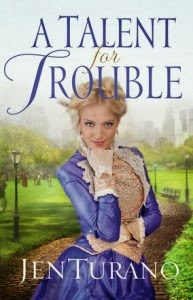 My review
Felicia had no other dreams or plans than the fact that she thought she would become a minister's wife. So when the minster marries someone else, Felicia's world comes crashing down. What is she to do next?


Lord Sefton Grayson Sumner is ready to settle down. His friends had the perfect woman for Grayson. It is Felicia. When Grayson and Felicia meet, it is not love at first sight. However the more time they spend with each other's company, feeling s start to change. Grayson's past comes back to haunt him putting Felicia's life in danger.

To be honest, I did not know if I would like Felicia. I found her annoying and whiny. This was after just a few pages into the book. It did not help that Felicia was being so over dramatic about a guy who married someone else. Obviously the guy was not right for Felicia. When I say being over dramatic this is what I mean...Felicia crying that she is not the married one throws herself on the bed. Then there was Felicia's mother. I found her to be overbearing. The bright spot in this book was Grayson.

While he was some what hot tempered, he had a charm about him that made him endearing. As the story progressed even Felicia turned out to be a surprise. Felicia had a wild side to her. She and Grayson formed a nice friendly banter. Overall this was a good book. 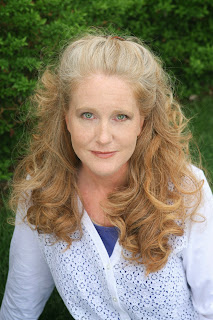 I have 1 copy of this book to give away US/Canada. Contest ends November 13th.

traveler said…
Thanks for this delightful giveaway. saubleb(at)gmail(dot)com
October 30, 2013 at 9:10 AM